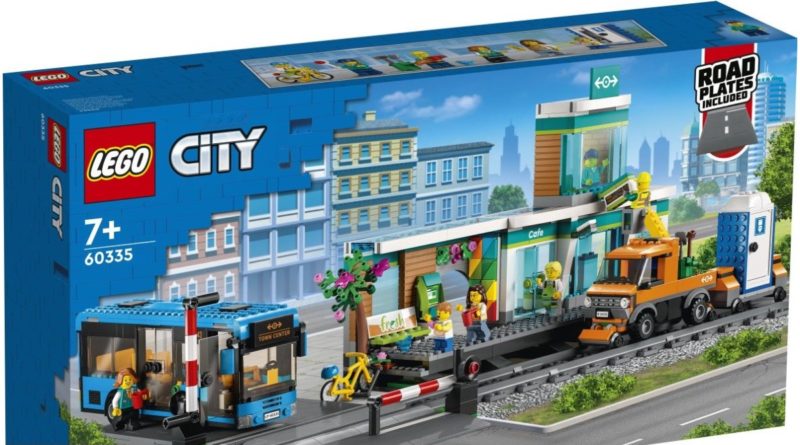 A brand new train station will be releasing as part of the LEGO CITY range, to accompany its new LEGO CITY train sets.

60335 Train Station is a long-awaited new chunk of railway infrastructure. The LEGO Group has a long history of making trains (as its 90th anniversary set made clear) but it’s been less keen to make substantial stations to accompany them. This one – whose pictures recently appeared in the LEGO Instructions app – is a particularly nice example, with a number of notable features.

In addition to essentials like a platform and ticket machine, the station comes with a coffee bar for minifigures to relax in. There also appears to be branding from the upcoming 60347 Supermarket, suggesting the LEGO Group is encouraging multiple purchases.

The included vehicles are of particular interest as well. In addition to a new bus, we have a service truck (with a cherry picker) and a trailer. The service truck can travel on either road or rail, resurrecting a feature from 10128 Train Level Crossing in the process.

The railway off-ramps from 70424 Ghost Train Express allow for easy access for this vehicle. However, if you’re combining it with a set like 60337 Express Passenger Train or 60336 Freight Train – both of which release soon – these will quickly prove redundant. The included road plates in this set also allow it to be easily connected to other recent CITY releases.

If you’ve been looking for a LEGO train station to add to your city, this is one of the best examples in recent years. We don’t have an RRP or release date for this set at the moment. However, it seems likely to launch at the end of May with the other new LEGO CITY products.