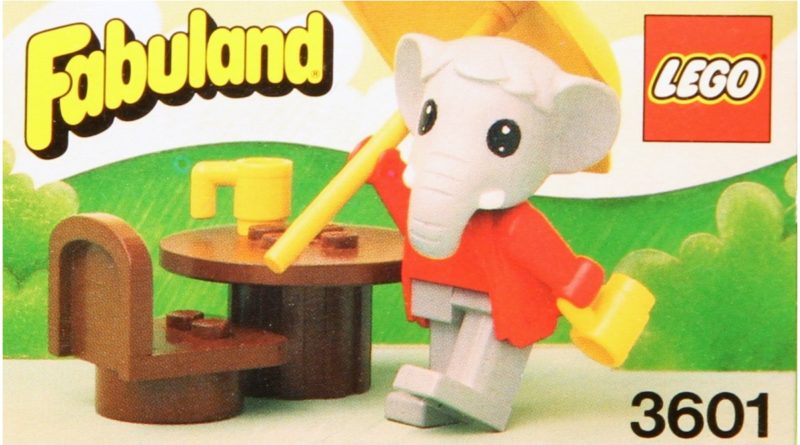 The new LEGO Classic set contains several references to LEGO’s past, offering a potted history of the toy’s long lifespan.

11021 90 Years of Play combines the freeform building of the Classic theme with instructions for 15 mini-models. Each one draws inspiration from a different era of LEGO’s time on store shelves, reflecting how the form factor and subject matter of LEGO has dramatically evolved. Many of the later themes referenced (like DOTS, Friends and NINJAGO) will be familiar to both old and young LEGO fans, but the earlier sets might leave you scratching your head.

If you didn’t have the foresight to be born several decades ago, allow us to shine a light on some of the references in this set.

When the LEGO Group needs to reference its past, the wooden duck normally waddles into view. Versions of it have appeared several times in LEGO sets, either as passing references or as large-scale recreations. A recent example can be found in the 2020 set 40501 The Wooden Duck, released as a LEGO House exclusive model.

As you may have guessed, the duck is a nod to the LEGO Group’s pre-plastic days. The very first LEGO toys were made of wood, and bear little resemblance to LEGO toys as we typically understand them. The duck was first designed in 1935 and produced until 1960. The first plastic bricks appeared from the company in 1949, and the rest – as they say – is history.

The LEGO Group’s wooden duck has become a symbol of the company’s commitment to quality, with each one receiving a minimum of three coats of varnish during their original production. It’s therefore unsurprising that it appears again here.

The 1961 set referenced appears to be part of the Town Plan line – specifically, 200 LEGO Town Plan Board. At this point in LEGO history, fans could start to build their own towns thanks to specialised elements like doors, trees and signs. Small, pre-moulded vehicles could also be found in this era.

A modern re-imagining of this era was produced in 2008 (in 10184 Town Plan) so it’s unsurprising it reappears in this set. The mini build focuses on a house and a vehicle, since minifigures hadn’t been introduced yet. The familiar red and white colour scheme of the buildings has been retained, while the accompanying vehicle is similarly accurate.

Trains have long been a feature of The LEGO lineup, although their relative popularity appears to have waned a little over the years. The 90th anniversary set appears to be referencing 113 Motorised Train Set, a very early release in the theme.

Trains of this era were marked by blocky design and a vivid colour scheme, and seem rather aesthetically basic by today’s standards. However, the system of track accompanying it was extremely sophisticated. Switch tracks, cross rails and signals were all available in these early days, allowing LEGO fans to make realistic railways in their bedrooms or living rooms. Today’s trains are relatively simpler, but benefit from additional detail and cutting edge control methods.

Fabuland sets were available over a surprisingly long timespan; the first sets appeared in 1979, and the last a decade later in 1989. While they used conventional LEGO elements, each set included a larger-scaled anthropomorphic animal and accompanying accessories. Fans of this theme could build a small town thanks to an assortment of buildings and vehicles available during this period.

Elton Elephant – a citizen of Fabuland – can be recreated to great effect in the 90th anniversary set, thanks to the grey quarter-tube element included in it. Fabuland characters have also appeared in the first and second LEGO movies, suggesting this theme is relatively more popular than we might expect.

In an effort to court female LEGO fans, the LEGO Group mixed up the form factor of LEGO sets around the turn of the century. The Belville theme often used familiar LEGO pieces, but it combined them with more detailed, more articulated characters to play with.

The set referenced in the 90th anniversary set is 5827 Royal Coach, which reflects the theme’s embrace of fantasy and fairytale elements in the middle of its lifespan. Distinctive elements of the coach like its white horse and pink arches are retained in the mini-build, and ensure it’s immediately recognisable.

11021 90 Years of Play will be available at some point in May this year. Keep an eye out for it if you’re interested in taking a walk down Memory Lane.