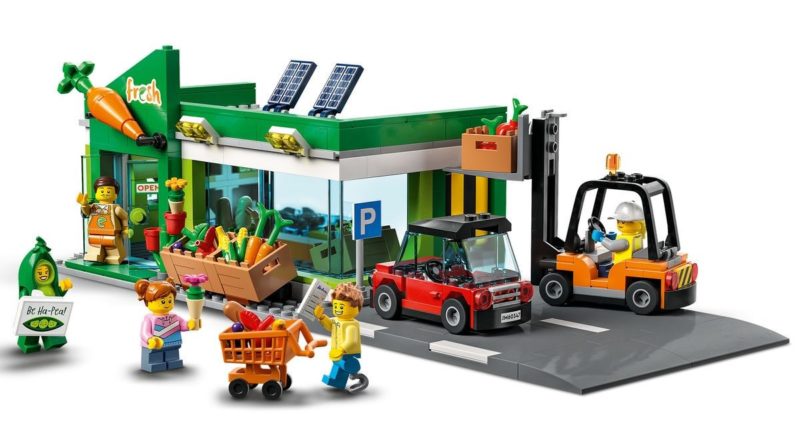 The summer 2022 range for LEGO CITY takes another step towards diversity in the theme thanks to a new minifigure element.

Out of the recently-revealed LEGO CITY summer 2022 sets, there’s one brick that stands out that can be found in 60347 Supermarket, and it’s not the shopping trolley. One of the minifigures in 60347 Supermarket features a fresh prosthetic leg element, a first for the theme.

This inclusion should allow a whole new audience of fans to represent themselves as a minifigure. The fact that it’s included in a minifigure-scale supermarket set might only help with the set’s appeal too.

This is likely a result of the LEGO Group’s previous promise for diversity in future sets. It also follows a recent change in LEGO Star Wars that helped diversify the ranks of LEGO Stormtroopers.

This comes just after the Progress Pride Flag was spotted in the new trailer for the next NINJAGO season and confirmed as a licensed asset by a member of the theme’s team.

You can check out the rest of the LEGO CITY summer 2022 sets in our initial report, including one bonus amusement park model.