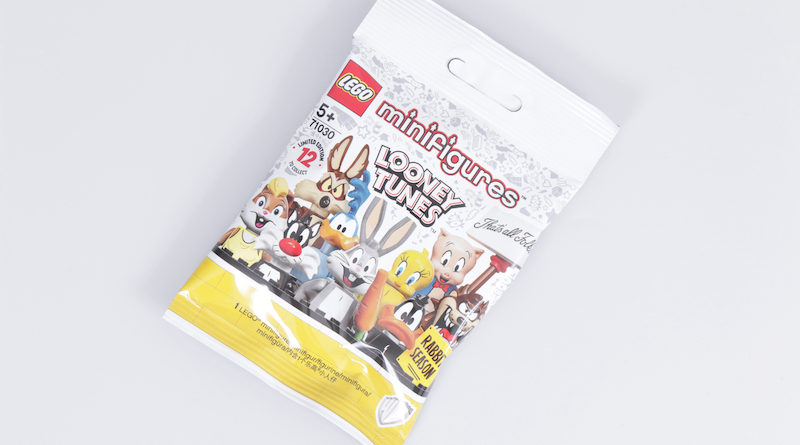 Find out how many of each character is included in a complete box of LEGO 71030 Looney Tunes Collectible Minifigures, and where in the box they may be.

There are 12 Looney Tunes characters to collect in the latest series of LEGO Collectible Minifigures, which you can take a closer look at in our in-depth review.

Whilst each toon is fairly easy to feel out in store, if you have the chance to come across an untouched, complete box of 36, either of the below layouts may prove a useful guide to each minifigure’s specific distribution.

First is this annotated image of the complete box of 36 that Brick Fanatics received, with each character’s position marked on the photo relevant to where they placed in it.

Please note that this distribution and quantity of each minifigure detailed below may be different to how future boxes of LEGO Looney Tunes minifigures are set out, as Wile E. Coyote was missing from Brick Fanatics’ box provided due to a production error. That error doesn’t appear to have impacted every box going out for retail, but we are waiting for confirmation on that from the LEGO Group. Presumably, Wile E.’s positions will be in place of three of the six Road Runner spots.

Position of each minifigure per box:

As you can see, there are three of each minifigure in a complete box of LEGO Looney Tunes Collectible Minifigures, except for – in the particular box sent to Brick Fanatics – six copies of The Road Runner and no copies of Wile E. Coyote, due to a production error. It’s highly likely that when this is corrected there will be three each of these characters, and most probably they will occupy those first six positions on the left side of the box between them.

This LEGO Minifigures series was provided for review and feature purposes by the LEGO Group.

Support the work that we do at Brick Fanatics by purchasing your LEGO through one of our affiliate links – thank you!