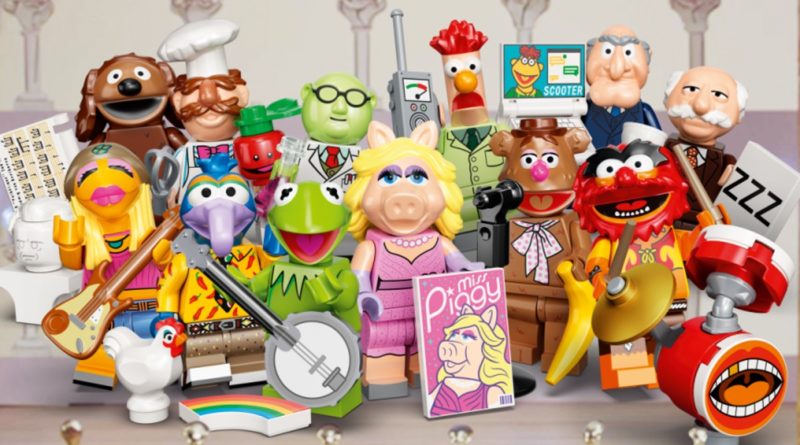 The full range of LEGO The Muppets Collectible Minifigures has been officially revealed on social media, including 12 characters to collect.

Over on Facebook, The Muppets page has revealed images for all 12 The Muppets minifigures after being teased last week. The collection includes new minifigures for the following Muppets:

Theres’ no official word on how much these will cost, though it seems likely they will follow in the footsteps of the previous series at £3.49 / $4.99 / €3.99. New pieces include specialised heads for each minifigure and a banjo.

You’ll also find new prints on existing pieces such as the chicken brick for Camilla. The post does not mention when they might release, but that information is likely coming soon following this initial reveal.

The current batch of Collectible Minifigures – 71032 Series 22 – retires this month, so it may be that 71033 The Muppets launches at some point in May, though that’s only speculation until officially confirmed.