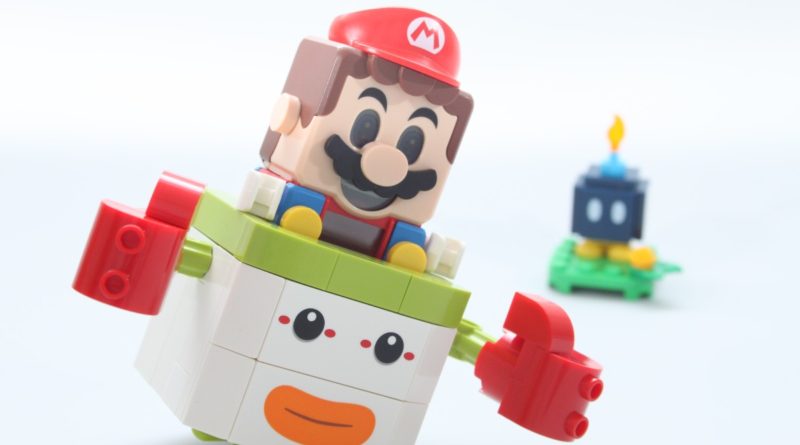 The Clown Car from Super Mario is usually driven by an infant Koopa, though despite the corresponding character being missing from 71396 Bowser Jr.’s Clown Car, the model still demonstrates how LEGO Super Mario can offer a sizeable build with great gameplay for just as much as the less cost-effective Power-Up Packs.

71396 Bowser Jr.’s Clown Car allows you to venture beyond the ground and into the air, bringing your LEGO Super Mario adventure to new levels with a fun and impressive build.

In the years since, the Clown Car has remained relevant by making appearances throughout the franchise and most recently featuring in the Super Mario Maker titles, where any enemy could be put behind the wheel of the flying vehicle. Now, that can be achieved physically in the LEGO Super Mario course system.

The brick-built Clown Car recreates the recognisable smiling face through two printed tiles that may find plenty of use outside the theme, adding to the potential value of the set even for those who aim to use the model only for its parts.

71396 Bowser Jr.’s Clown Car includes a propellor at the bottom that would normally make it all but impossible to stand up, possibly affecting the gameplay of the course system. However, the LEGO designers have wisely anticipated that potential issue and incorporated a solution: the propeller is able to fold inside the vehicle, while still leaving room for Mario or Luigi to sit inside the Clown Car without it looking jarring.

This clever change to the video game version makes the LEGO set accessible and more enjoyable to use. A small grass platform and Bob-omb are also included as builds but are by no means the main attraction of the expansion.

In terms of gameplay, the main model allows Mario or Luigi to sit inside and be lifted into the air, transporting them around your room and encouraging rapid movements by rewarding coins. However, you’ll need to be careful not to bump into any surfaces or the clown car will bounce off, making a noise as it does so. The feature is surprisingly engaging, with the sounds provided by LEGO Mario and Luigi providing an extra layer of immersion.

Despite 71396 Bowser Jr.’s Clown Car namedropping the Koopa child of the iconic boss, Bowser Jr. isn’t actually present – instead, you’ll find him in 71360 Adventures with Mario Starter Course. That means if you’re getting into LEGO Super Mario via 71387 Adventures with Luigi Starter Course, you won’t be able to fully represent the character in this set without buying the original starter course too.

While Bowser Jr. is mysteriously missing from the only LEGO Super Mario set named after him and his favoured mode of transportation, it’s not totally void of characters. The normal Bob-omb has only appeared in a few sets, so its inclusion here is appreciated and only helps to further the value of this set, both in terms of gameplay possibilities and the amount of physical content you’re getting for the price.

While those mini expansions include plenty of options for new gameplay through fresh powers and abilities for LEGO Mario and Luigi, as well as mostly exclusive pieces, their utility is limited beyond the LEGO Super Mario theme and its app, making their relatively high price a tough pill to swallow.

However, 71396 Bowser Jr.’s Clown Car may be a sign that LEGO Super Mario is ready to move beyond the alternate overalls, at least as standalone expansions. This is evident with the only new Power-Up for 2022 being the Poltergust in 71397 Luigi’s Mansion Lab and Poltergust, and the Clown Car being the cheapest expansion set yet.

The play and display value that 71396 Bowser Jr.’s Clown Car offers when placed next to previous LEGO Super Mario models at this price range is well worth the asking price. This is thanks in no small part to the gameplay, which is engaging enough with the Super Mario characters – including those without the screens and sounds of Mario and Luigi – that older fans might find themselves swooshing the Clown Car around the room for longer than expected.

LEGO Super Mario has come a long way in its first few years, as the design team refines what it hopes to deliver through the theme’s physical sets and interactive gameplay, taking lessons from previous releases to improve wave after wave. At least one of those learnings shines through in 71396 Bowser Jr.’s Clown Car, which delivers the theme’s best physical builds and gameplay yet at the £8.99 / $9.99 / €9.99 price range.

Still, the lack of Bowser Jr. is keenly felt – and even though he’s included in one of the two starter courses, this arguably represents a missed opportunity for the LEGO Super Mario design team to include an alternate variant of the character, such as one based on Super Mario Sunshine, offering a complete package befitting of the set name.

That isn’t to say that 71396 Bowser Jr.’s Clown Car isn’t worth a look-in, though, as the most devoted to Bowser Jr. can still easily gain access to the character through 71360 Adventures with Mario. And if you’re asking ‘Bowser who?’, you can still be sure that you’re getting a worthwhile LEGO Super Mario expansion with a new model that’s well worth the price.

Using the LEGO Super Mario app, 71396 Bowser Jr.’s Clown Car should only take you around nine minutes to finish. That’s roughly a pound a minute in the UK.

How many pieces are in LEGO Super Mario 71396 Bowser Jr.’s Clown Car?

71396 Bowser Jr.’s Clown Car includes 84 pieces – the most to date for a LEGO Super Mario set at this price.

This LEGO Super Mario model won’t take up much room, with the Clown Car measuring 4cm high, 5cm long and 10cm wide and the Bob-omb being about 3.2cm deep and wide when placed on the grass platform. 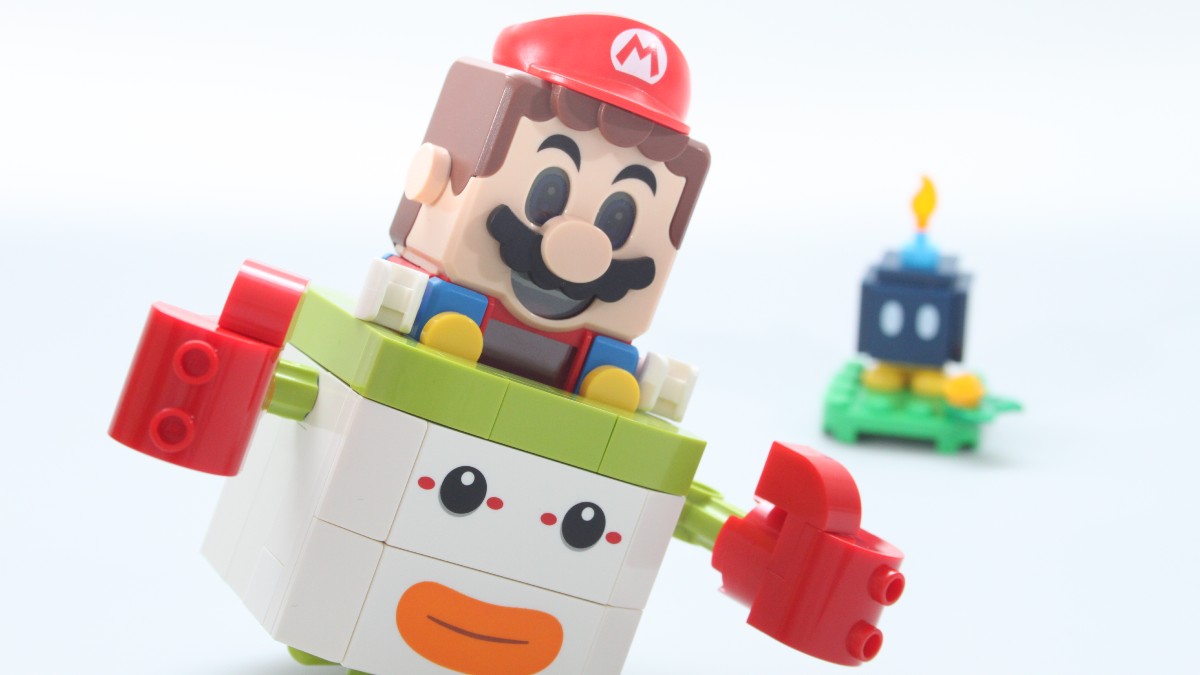