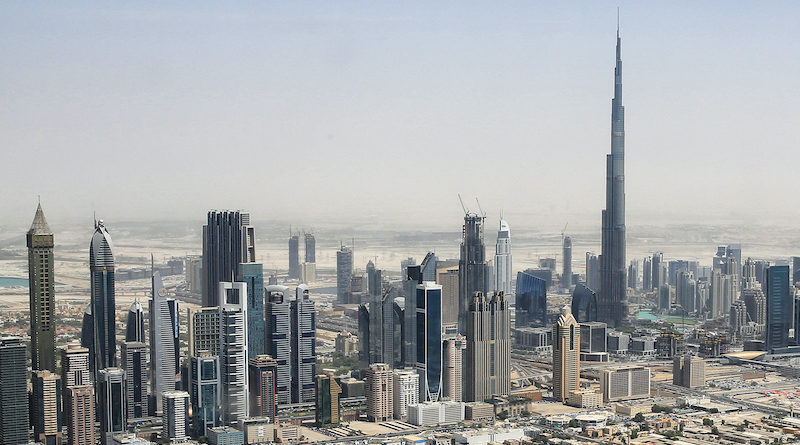 21052 Dubai is one of the latest skyline sets from LEGO Architecture, capturing four iconic landmarks from the city in mini form to offer a visually interesting build and a walk through of Dubai’s recent architectural history. Read our review here.

The four buildings recreated in LEGO bricks– the Emirates Towers, the Dubai Frame, the Burj Khalifa and the Burj Al Arab – are fascinating architectural achievements for more than one reason…

At 321 metres high, the sail-shaped Burj Al Arab hotel is just shy of reaching the list of the top 100 tallest buildings in the world – it’s currently the 115th. It also measures just 60 metres shorter than the Empire State Building, but that’s still less than half as tall as the world’s tallest building, Dubai’s 828-metre Burj Khalifa.

The Burj Al Arab’s focus in design, though, was on opulence. Set on its own, man-made island, the hotel boasts the tallest atrium in the world, complete with fountain, whilst the building’s interior includes over 1,790 square metres of 24-carat gold leaf decoration.

Meanwhile, the Junsui Lounge includes a ceiling with 29,000 Swarovski crystals embedded in it, designed to the shape of the Milky Way. There are seven restaurants, three aquariums and one of the largest fleets of Rolls Royces available to guests. A night in the 780 square-metre Royal Suite, situated on the 25th floor, will set you back $24,000. Makes LEGO seem quite cheap now…

What’s in a name?

The Burj Khalifa’s quest to become the tallest building sees it stand nearly 200 metres taller than its nearest rival, Shanghai’s Shanghai Tower. However, its name change in 2010 also represents part of its legacy, for how it nearly bankrupted Dubai. Opened in 2009 at the Burj Dubai, it was renamed a year later to the Burj Khalifa in honour of Sheik Khalifa bin Zayed al-Nahayan, head of Abu Dhabi and the UAE. That came about as part of an agreement that saw the capital city bail out Dubai from an unspecified debt accrued during the £1.15bn construction project.

A frame with no name

Completed in 2018, the Dubai Frame was the result of a design competition held, with a $100,000 prize on offer, but then became the centre of a dispute between the city and its designer. Fernando Donis has accused Dubai of going ahead with the project – envisioned to frame the city’s many other landmarks, rather than add to them – without him receiving a contract or compensation for his design.

The Emirates Towers are a pair of buildings, completed in 2000, that measure at different heights to each other. The taller of the two – Emirates Tower One – houses offices and measures 354.6m, which at completion made it the 22nd tallest building in the world. Emirates Tower Two measures 309m tall and is home to a hotel.

The different uses for the respective buildings, which are also connected by a two-story, 9,000m shopping complex called The Boulevard, mean that whilst there is a 45.6m difference in height between them, they curiously have a similar number of floors, with Tower One containing 56 floors above ground, and Tower Two containing 54. This is due to the fact that the individual floor heights in the office-based Tower One are greater than those in the hotel of Tower Two.

21052 Dubai is available to purchase now – check out our review to understand why this fascinating creation is one not to miss.

Purchase your LEGO through one of Brick Fanatics’ affiliate links to directly support the work that we do.