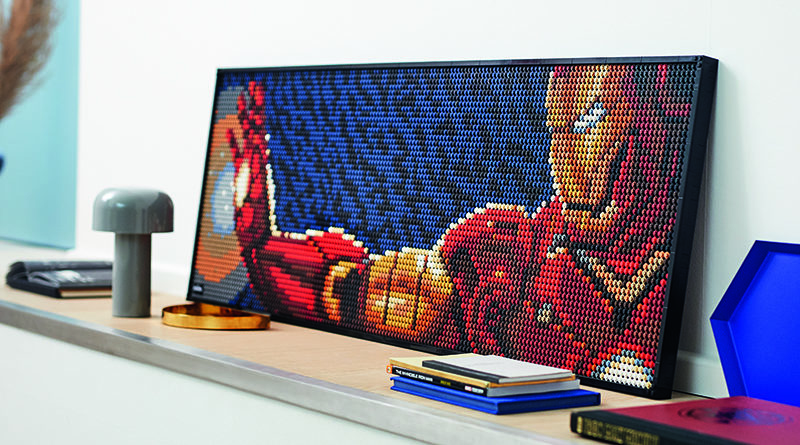 LEGO Design Lead Chris Stamp originated LEGO Art before Sam Johnson, who presented the theme at Fan Media Days 2020, took on the project. In this new video, he explains what went into the development of 31199 Marvel Studios Iron Man.

LEGO Art will launch on August 1, with the sets available to pre-order now.

Chris explains how the three different images that the box can build were selected: “We picked the first Mk 3 from the first movie and we picked the Hulkbuster because it’s just so different and unique by itself, then we also picked the one from the latest movie, the Mk 85, because that’s the first time you see him, that’s when he battles the Hulk which is very memorable and that’s also the last suit he ever has. We felt those three choices covered his whole story as a character.

“From a building perspective that actually makes the rebuildability possible. Because also those three suits share the same colour combinations. You can do whatever you want with this product.”

“If you’re a really big Iron Man fan you can combine all three together and create an ultimate Iron man in a very dynamic pose,” he adds.