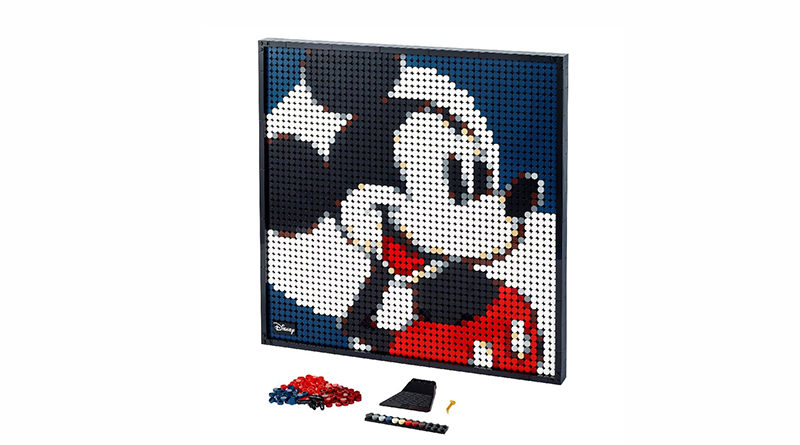 It was back in September that rumours about the new 2021 LEGO Art sets first surfaced, with 31201 Harry Potter Hogwarts Crests and 31202 Disney’s Mickey Mouse now officially confirmed thanks to product images. Van Der Meulen has published the images, which have been spotted by Brickset.

Using 4,249 pieces, the Harry Potter set builds the crest of each House. When all four are combined, it creates one large image with all four linked for the Hogwarts coat of arms.

With a smaller 2,658 pieces, this set builds two different images; one is Mickey Mouse and the other is Minnie Mouse. Two sets can be combined for one picture featuring both characters. Both new LEGO Art sets will feature a podcast to listen to while building, as was the case with the launch sets.