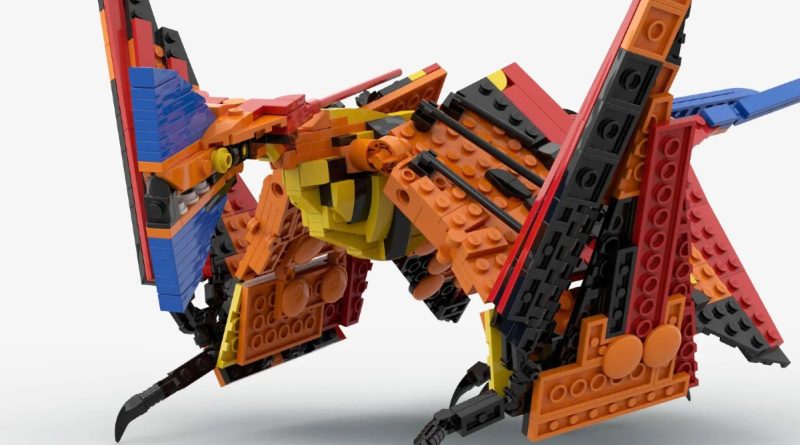 The four minifigure-scale LEGO Avatar sets bear a striking resemblance to earlier LEGO Ideas projects, offering a look at what could have been.

Before the LEGO Group officially announced that Avatar would be the latest license to join their portfolio at LEGO CON 2022, the franchise had a presence on LEGO Ideas through several expired or unapproved projects.

Now that we know what LEGO Avatar officially looks like, it’s interesting to see how fan designers initially recreated the film in bricks. You’ll be able to pick up the LEGO Avatar sets starting October 1, 2022.

Benjnz also depicted one of the final battles in Avatar with their AMP Fight Scene project. The scale presented in the builds is notably different than it is in 75571 Neytiri & Thanator vs. AMP Suit Quaritch, though it’s still recognisable as this final scene.

Mjkretsinger shared their Banshee Bonding submission in September 2019, nearly three full years before the official reveal of LEGO Avatar but they too chose to recreate both Jake and Neytiri’s banshees with similar colour schemes to the final set, though their brick-built banshees are a fair amount bigger than the official builds.

75573 Floating Mountains: Site 26 & RDA Samson can be compared to p_crowfield’s submission, including both Site 26 and the RDA Samson. Once again, the models in the project are notably biggest than the LEGO Group’s set, but both are still recognisable as this location and vehicle from Avatar. However, the fan-designed Site 26 is also raised higher above the ground with stairs rather than a ramp.

Using two projects for this final entry, reekardoo and Ogel_ both uploaded projects to LEGO Ideas that together compare to 75574 Toruk Makto & Tree of Souls. One of the biggest differences comes from the Tree, which is less vibrant without the transparent pink bricks though uses the same technique to construct the tree. The oruk Makto’s head has been recreated with bricks rather than using a specialised element but the organic techniques work just as well.