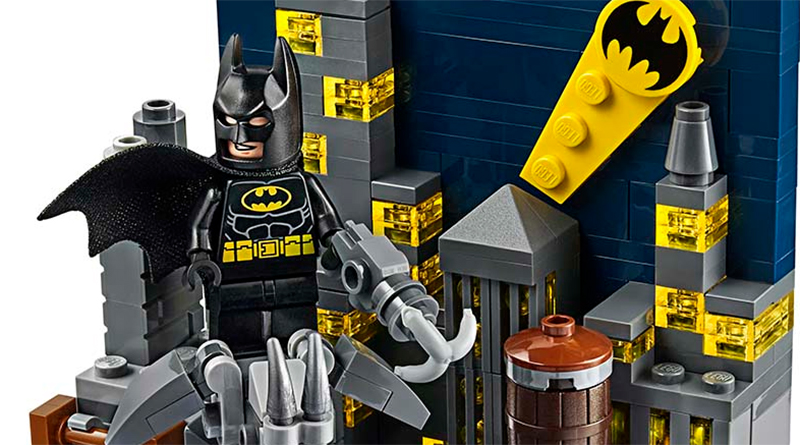 To celebrate 80 years of Batman, the LEGO Group will release 77903 The Dark Knight of Gotham City as a San Diego Comic Con exclusive set. The Hollywood Reporter has revealed the set, with images showing the special packaging as well as the model itself.

The neat vignette, that uses 427 pieces, depicts Batman on a rooftop overlooking Gotham City, with a micro city scape and bat-signal behind him.

This suggests that tomorrow will see a Star Wars set revealed, assuming that the LEGO Group follows the usual pattern for the world’s biggest comic con event.