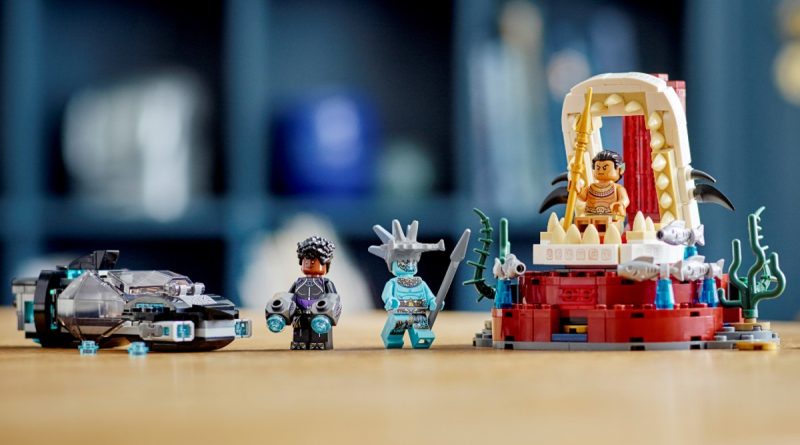 After an early reveal on the instructions database, the three LEGO Marvel Black Panther: Wakanda Forever sets are now on the online store.

We now have a much clearer look at all three LEGO Marvel Black Panther: Wakanda Forever models, or rather two builds based on the sequel and one that is inspired by the first film.

Thanks to the reveal of the box art, we now know that 76212 Shuri’s Lab is based on the first Black Panther, rather than the upcoming sequel. Here’s a quick summary and gallery of each new set:

All three Wakanda Forever models are launching on October 1, well before the release of the film on November 11. Highlights in them include the minifigures, such as the first Namor minifigure with side printing to represent the winged feet and printing on the edges of the pointed ears.