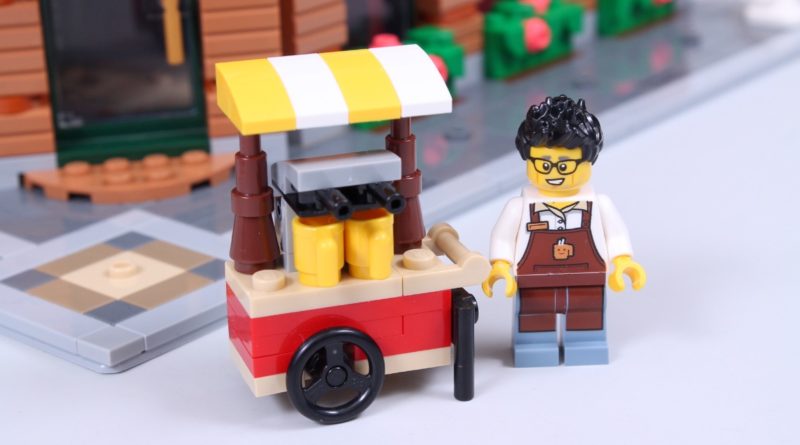 The LEGO designer behind next year’s modular building says any architectural similarities between 10297 Boutique Hotel and 10182 Café Corner are ‘just a coincidence’.

Arriving to celebrate 15 years of the Modular Buildings Collection, 10297 Boutique Hotel is packed with references to its predecessors, including a couple of explicit links to the set that started it all in 10182 Café Corner. That’s predominantly through its coffee cart, which sports the same yellow and white awning as the original modular building.

At first glance, though, the DNA of that set runs deeper in 10297 Boutique Hotel than just the coffee cart: they’re both corner buildings; they both have a domed tower across their corner; and they’re both hotels. But in a recent roundtable interview with Brick Fanatics and other LEGO Fan Media, the set’s designer Anderson Grubb explained that 10182 Café Corner wasn’t at the forefront of his mind when coming up with 10297 Boutique Hotel.

“I was thinking about it only in the sense we were thinking about all the modulars and how we could celebrate each of them,” Anderson says. “Obviously, that’s the first one that many people consider to be a hotel because it has this hotel sign on it, even though the rest of the building is totally empty.

“Before I was at the LEGO Group, and just as a novice and a fan, I thought that was a sign just implying there was a hotel elsewhere, and the whole building was a café. But obviously we knew we were going to be celebrating the whole modular line-up, and we specifically wanted to honour that one as the first one. And that’s how the coffee cart came to be.

“By the end, people were saying, ‘Oh, it looks a little bit like Café Corner redux,’ and that’s just a coincidence by the fact that it’s a corner building with a tower, and it seemed like it would make sense for the anniversary. But [10182 Café Corner] was thought about in the same sense as we thought about all of them, that we wanted to honour them.”

You can find out how Anderson and graphic designer Ashwin Visser set about honouring 15 years of modular buildings in our list of the best (and most tenuous) references in 10297 Boutique Hotel. The latest LEGO for Adults set launches January 1, 2022.

Check out our full review here, and keep an eye on Brick Fanatics for more design insights from Anderson and Ashwin. 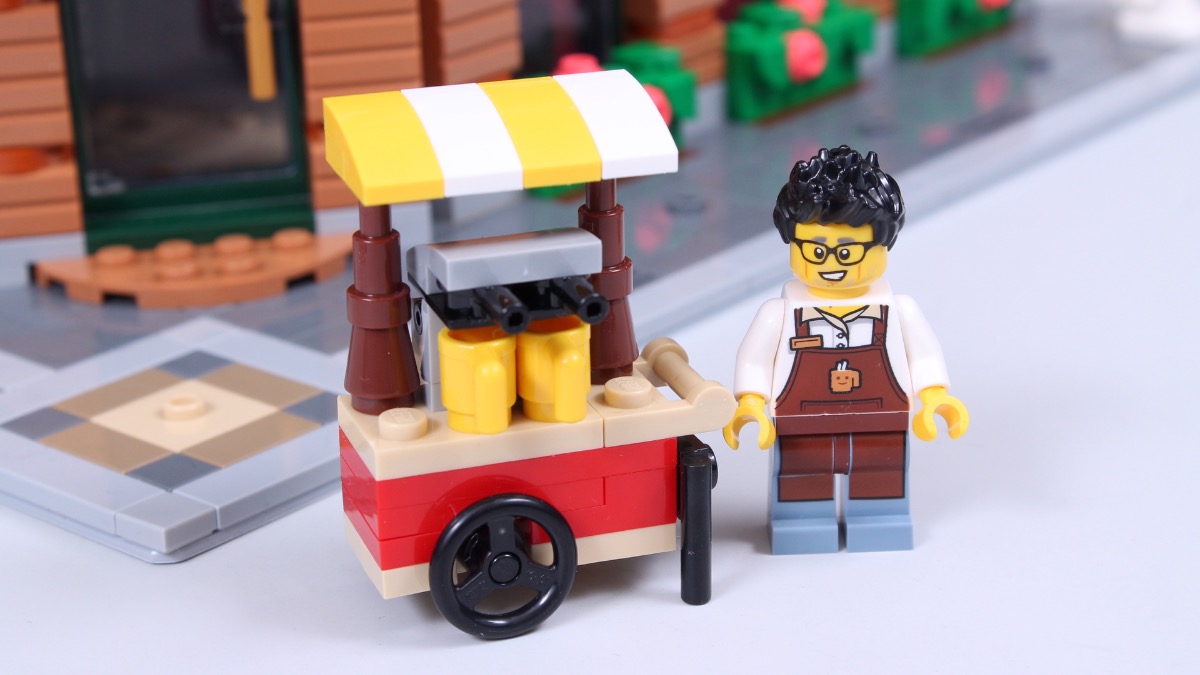