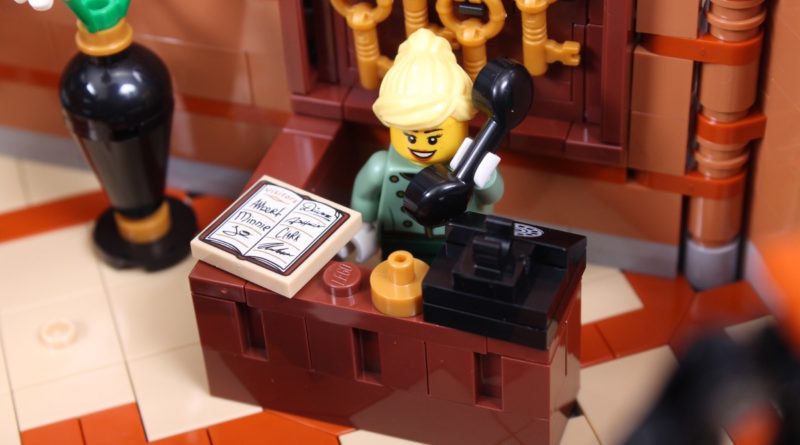 The latest addition to the LEGO Modular Buildings Collection is full of references to its predecessors, so here’s eight great (and four tenuous) call-backs in 10297 Boutique Hotel.

Just like 10255 Assembly Square before it, 2022’s modular building marks an anniversary: a full 15 years since the release of 2007’s 10182 Café Corner, the set that started it all. And while some of 10297 Boutique Hotel’s references to the previous 16 modular buildings might not be quite as overt as Assembly Square’s, there’s still plenty to take in as you progress through the build.

Some of those will be obvious to veteran collectors, but others are a little trickier to place – at least without the instructions to provide a helping hand. To that end, here’s eight of the best call-backs in 10297 Boutique Hotel – and four that are just a bit too tenuous.

10243 Parisian Restaurant ingeniously uses white croissants for architectural detail, but 10297 Boutique Hotel brings the same piece back for its original purpose: as food. White, mouldy, long-past-its-best food – which explains why you’ll find it in the dumpster around the back of the building.

This one’s subtle in the best way: the desk chair in the hotel’s economy room uses Battle Droid arms, which were first employed as an architectural detail in 10190 Market Street’s balcony fences. It’s not the only solid reference to that fan-designed modular building in 10297 Boutique Hotel, either…

According to the instruction manual – that’s a phrase you’re going to read a lot here – the receptionist enjoys calling her pal the Lieutenant in 10278 Police Station using the hotel lobby’s telephone. You wouldn’t know that just from the mini-build itself, though (even if they are identical designs).

It might seem slightly tenuous at first, but the art gallery’s black bust is actually a pretty great call-back to 10224 Town Hall’s white bust. The instructions posit that they’re carved by the same artist, and that’s apparent from their simple design – the only difference in 10297 Boutique Hotel being the addition of a top hat.

Exclusive prints are a great place to insert subtle nods and references to previous sets – we’ll see more later on in this list – and the guestbook does that perfectly. It’s signed by several residents of earlier modular buildings, including the chef from 10243 Parisian Restaurant (Albert) and the garage owner from 10264 Corner Garage (Jo).

According to the instructions – there’s that phrase again – the colourful painting hanging on the wall of the hotel lobby was painted by the artist from 10243 Parisian Restaurant. We can see it, sure, but it’s still pretty tenuous in our book.

The first-floor balcony in 10297 Boutique Hotel – which actually belongs to the economy room – sports a fence that incorporates black skeleton legs. The same piece was used for wrought-iron detailing along the roof of 10185 Green Grocer, albeit with hammers instead of handcuffs.

Each of the minifigures in 10297 Boutique Hotel is given a backstory through the instructions – and for the accountant, a link to a previous modular building. He’s apparently in town to help sell the art gallery’s masterpieces, but he’s also auditing 10251 Brick Bank’s accounts. Like we said: tenuous.

The entrance to the art gallery’s rooftop terrace is framed by an all-black wrought-iron fence, much like the one that appeared in 10190 Market Street. This one takes a different approach to the design – swapping coiled whips for handcuffs – but the reference is plain to see.

This one very nearly made the cut as ‘great’, but the typewriter designs in 10278 Police Station and 10297 Boutique Hotel – which the instructions state are made by the same local typewriter company – are too different to be an overt reference. That’s no bad thing (it keeps the build fresh!), but it does mean the sand green here feels like more of a call-back to 21327 Typewriter than anything else.

10297 Boutique Hotel’s coffee cart is probably the set’s most obvious reference to a previous modular building, which also makes it one of the best. That’s firstly because it calls back to the very first modular building in 10182 Café Corner through its yellow-and-white awning and yellow coffee cups, but also because it manages to do so without overpowering the rest of the set.

Maybe the most fun you’ll have spotting references to previous modular buildings is in 10297 Boutique Hotel’s noticeboard, which sits over the stairs leading up to the rooftop terrace. It’s full of nods to the entire history of the subtheme, from 10% off at 10182 Café Corner to a new (presumably Michelin) star at 10243 Parisian Restaurant.

10185 Green Grocer, 10218 Pet Shop, 10246 Detective’s Office, 10255 Assembly Square and 10260 Downtown Diner all feature in some way on the noticeboard, too – whether through the live music poster, boxing lessons ad or simply the apple – adding up to the biggest cluster of references you’ll find in one spot in 10297 Boutique Hotel. 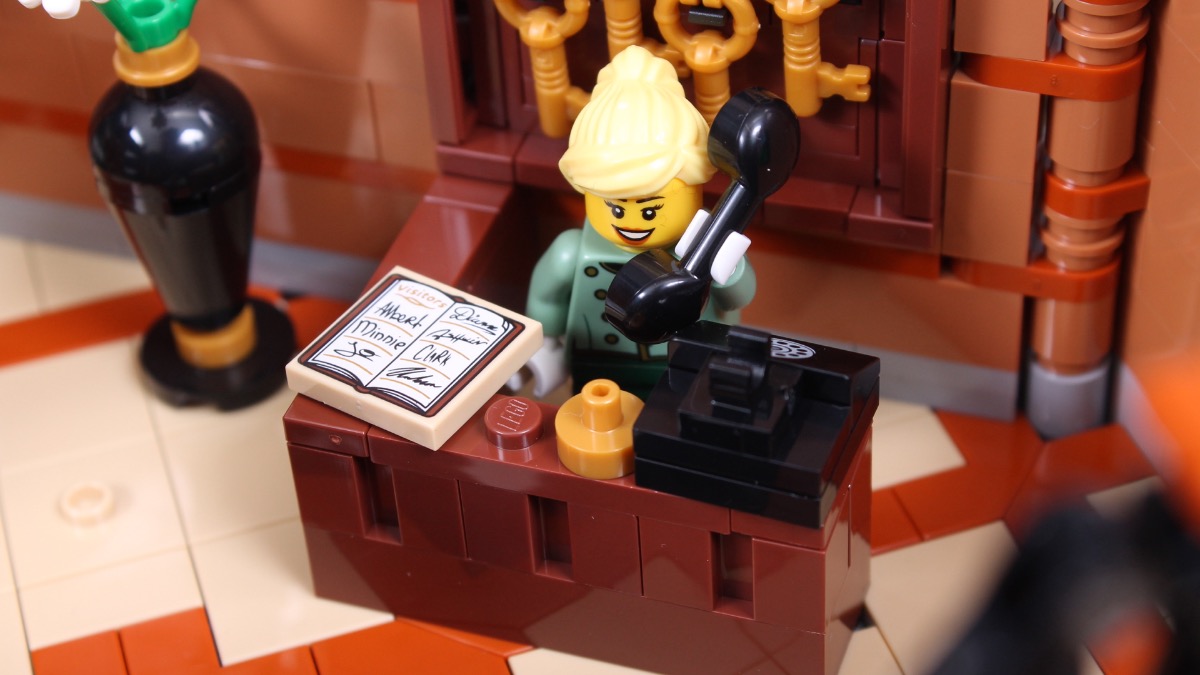