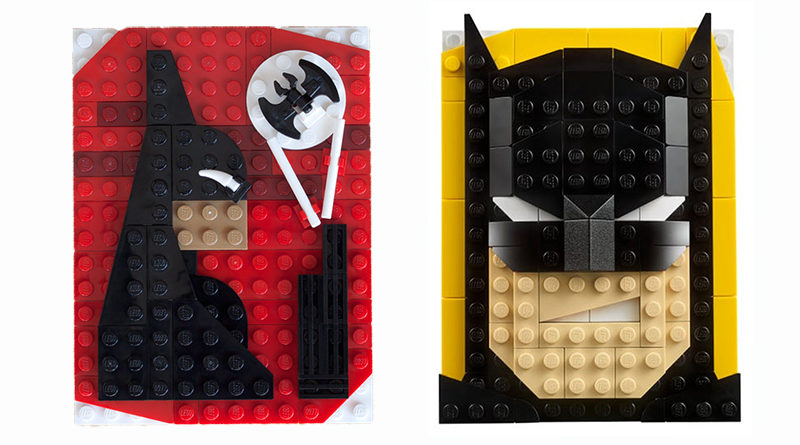 For years, Chris McVeigh has inspired his fellow AFOLs with his Brick Sketches. The LEGO builds he shared online followed the same template each time but brought different characters and pop culture personalities to life. Within a year of getting a dream job at the LEGO Group, he has pitched the concept and is seeing it releases as an official product theme.

To find out how Brick Sketches became a LEGO theme, Brick Fanatics caught up with the fan-turned-professional builder.

Congratulations, it must be really gratifying to have your Brick Sketches launching as an actual product line.

Honestly I don’t think it has quite sunk in yet, I am sure the interviews today are going to help. I guess it’s one of these things you do, then you put it away for a while, then suddenly it’s happening because the product’s being released. This is my first product release and obviously I am really excited about it.

What was the inspiration for the Brick Sketches style?

Well I’ll start at the beginning. Before any of this happened, just when I was getting back into LEGO about 10 years ago I would do t-shirt designs, so I started to get involved in artist groups on Facebook, where we should share tips and tricks with each other, talk about the industry and stuff like that.

One of the themes throughout these conversations, was what can we do promote our brand? What can we do to help give content? At the time the internet, and marketing on the internet, was just blooming. A lot of the other artists in this group who were much better than me at hand drawn stuff started doing what they call ‘marker sketches’. Three key people who I knew quite well, Crystal Fontan, Karen Hallion and Megan Lara, would start doing these hand drawn little card sized things with different characters from pop culture.

So the first Brick Sketch was actually me kind of making a joke about ‘oh look what I can do guys,’ so I built up this really poor one with some LEGO and I posted it online just as an Instagram photo. It wasn’t even properly photographed, it was just done with my very old iPhone and the thing that came out of that was that my LEGO fans were like, ‘that’s really interesting, you should do more.’ It’s very hard to find the original unless you go very far back on my Instagram but it was a very crude version of Wolverine and the second one was actually Batman.

Then just because of encouragement from my fans, I started to refine the concept, define exactly what Brick Sketches were for me and then do more and more.

One of the reasons I am at LEGO is because one artist, Crystal Fontan… unknown to me, she applied to LEGO several years ago, went through the recruitment process and got hired. The first I heard of it was, ‘LEGO has offered me a job… do you think I should take.’ ‘Yes’. Once she got here and started settling in she was very encouraging for me to apply and come over here. There’s this interesting circular thing that she was one of the main inspirations for me just starting this whole Brick Sketch thing, then she got to work at LEGO before me, then I came to work at LEGO and now Brick Sketches are an official product.

When you started working for the LEGO Group, was it as a regular product designer or specifically to do these sets?

I was just hired as a regular Model Designer. When I put together my portfolio I put together all the pictures you saw on Flickr into my portfolio and I submitted that, so I guess you could say they had an awareness of that and other stuff I had designed before I arrived, but it wasn’t part of the pitch, no.

How did getting your Brick Sketches to become actual products come about?

If we go back to how this started, I got here March 1, 2019. It takes a little while to learn how to do stuff and every day was a new experience. Every day there was something new, something I was learning about the company, something fun and interesting.

Then people started talking about the creative boost. The creative boost is a time period when we can propose new and fun ideas and see if the leadership team thinks that they have any merit to proceed to products. I was actually really busy the week of creative boost and I didn’t think I was going to do anything, but I really wanted to contribute so towards the end of the week I thought, ‘know maybe I should just pitch Brick Sketches.’

Over the course of two days I built some up, I don’t have anything here with me, I came over here from Canada without any of my LEGO at all, so I built some up and presented them… it wasn’t long after that that I found out that we were going to proceed with them. That was a really exciting thing to happen to me, I was blown away by it because when you are fresh you kind of get this impression that things like this are not something that happen every day, things like this are long shots, so I feel incredibly fortunate that we decided to move forward with these products.

How did you pitch them to your colleagues?

I think the nuances of how the creative boost work are still something that are a little bit nebulous to me, these sort of things happen beyond the designer level. In a very basic sense it was just like any science fair – I had my brick sketches and I had a placard saying what they were, that was it.

How did you come up with this first wave?

Well that was a team effort like many things are here. The Brick Sketches are something we do in conjunction with LEL, the area of the company that does a lot of seasonal sets and fun stuff. I worked with Mel Caddick initially and Kayleigh Kirby to narrow down exactly what we were going to do with Brick Sketches.

The character selection had to do with what the people in the team felt were strong and also what worked for licensing because that’s naturally an issue. Also what fit into the broader assortment, so not just LEL but across the entire company. All those considerations were taken in when deciding which four ones to go with. 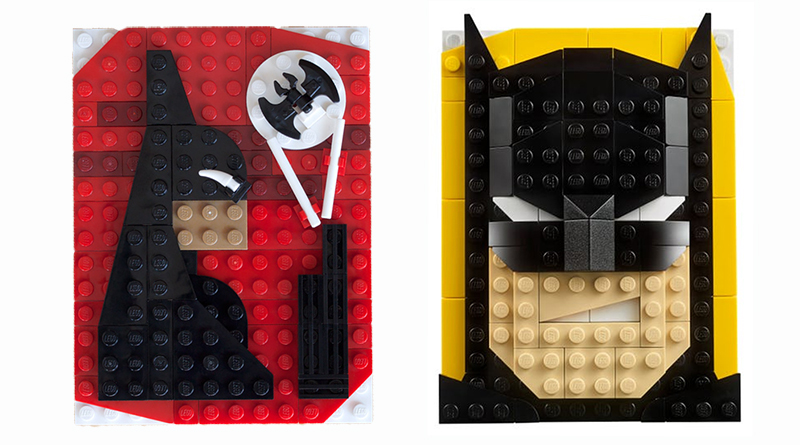