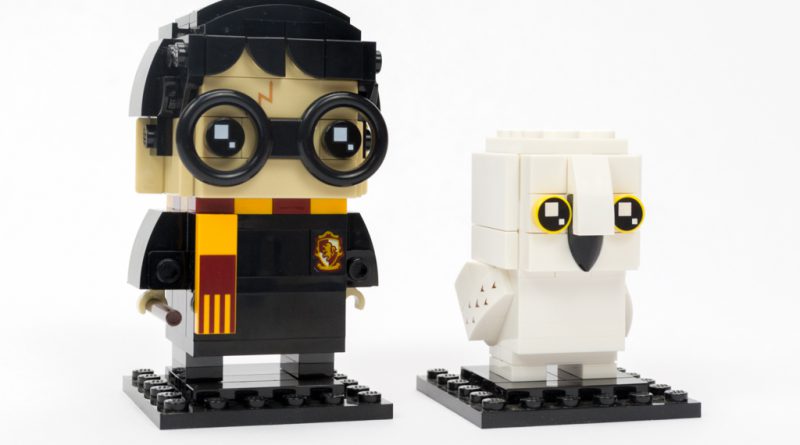 With the continuous trickle of LEGO BrickHeadz releases not showing any signs of slowing down, does 41615 Harry Potter & Hedwig still have the magic?

The LEGO Group has been enjoying a plethora of two-in-one BrickHeadz sets recently and whilst sometimes it feels like a cheeky way of making customers part with double the cash, 41615 Harry Potter & Hedwig is one set where the contents make perfect sense. 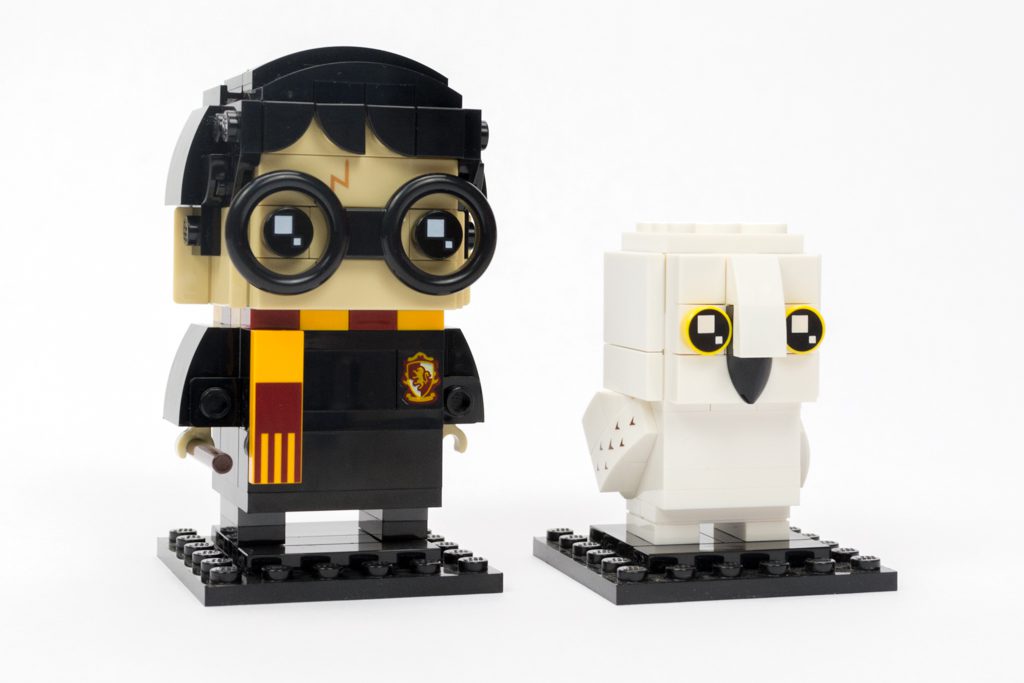 In the box we not only get the titular character from the Harry Potter world, but also his snowy barn owl Hedwig. One and a half characters rather than two might be more accurate, but the price does reflect the smaller piece count, so no quibbles there.

Harry is represented in his Hogwarts robes and Gryffindor-themed scarf (as seen in the first film) with a couple of printed pieces including a house crest on the front, a scarf tile and his famous lightning bolt scar on his forehead. Following the usual build techniques to make up the blocky torso, the cloak sleeves were a little more interesting and, though simple, show the attention to detail designers try to include. Only his blue gloves are missing to match the film version even more accurately.

His hair looks fairly good from the front and sides but the back is a little bland, though arguably quite close to the bowl-ish haircut Daniel Radcliffe sported in the first film. The new glasses pieces introduced in 41597 Go Brick Me are used here to perfection and a reddish-brown lightsaber blade is used for his wand.

The second of our heroic duo included is Hedwig who, in stark contrast to Harry’s overtly black colour palette, is almost pure white save for some minor printing on the wing pieces, the eyes and beak. To my knowledge this is the first time yellow eyes have been used in a set and will no doubt prove highly useful for those wanting to MOC their own BrickHeadz.

Sized at a smaller scale, Hedwig is a quick and easy build, but still executed in a way that works well given the limits of piece count. The textured appearance of her feathers in particular looks great, especially from the back.

These are two simple, yet fun, builds which are likely to appeal to fans of the franchise outside the LEGO community. They may be a little monochromatic other than a bit of red and yellow, but for fans of Harry Potter, the protagonist and his pet owl will be a must-have. Eye-catching and fairly priced, this is perfect for a stocking filler or secret Santa gift.

41615 Harry Potter & Hedwig is available now from shop.lego.com. You can help support Brick Fanatics’ work by using our affiliate links.