A new LEGO BrickHeadz Harry Potter two pack has been conjured up – is 41621 Ron Weasley & Albus Dumbledore worth adding to your Wizarding World?

There couldn’t be a line of Harry Potter based BrickHeadz without Ronald Weasley and Albus Dumbledore; both are far too iconic. The sage, wisdom imparting Professor was the boy-wizard’s mentor and father-figure throughout most of the saga, whilst Ron provided steadfast friendship and comic relief in equal measure. 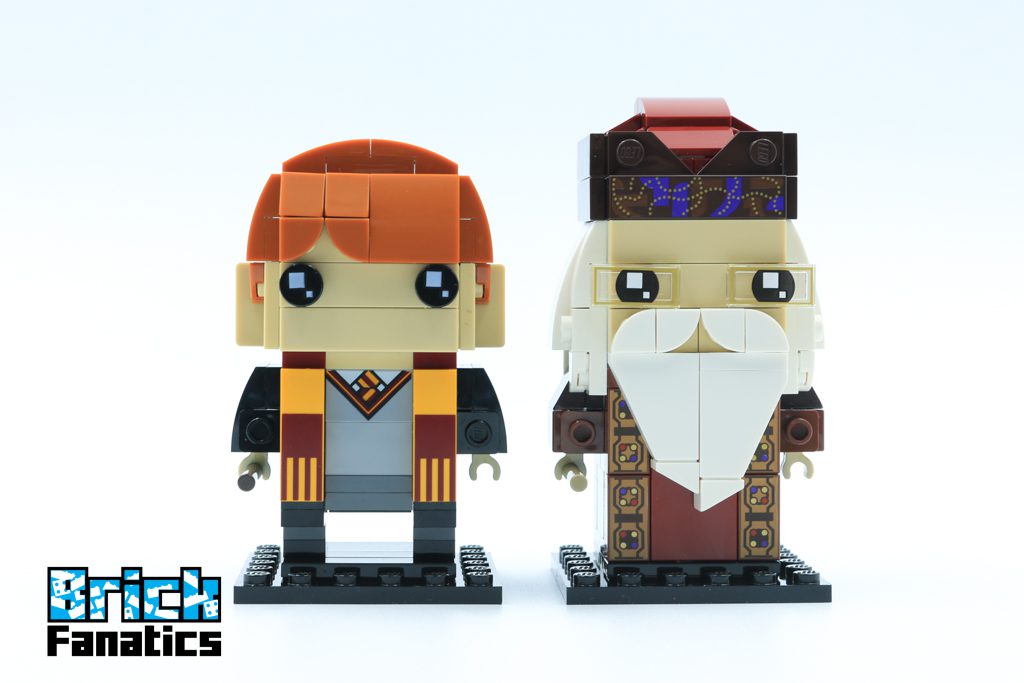 Even though for a BrickHeadz model, Ron is a simple build, that’s mainly because his costume and appearance was so uncomplicated in Harry Potter and the Philosopher’s Stone. His Hogwarts robes are printed in Gryffindor colours and his arms cleverly use brackets and sloped tiles to imply billowing sleeves. The Gryffindor House scarf is created by placing plates in a mosaic pattern around Ron’s neck followed by adding two printed 1×3 tiles to represent the fringed ends.

“Bright red-hair and hand me-down-robes. You’re a Weasley.” That’s how Draco Malfoy rather cruelly described Ron, and the designers have definitely got the hair right; dark orange is the perfect shade. When complete, the BrickHeadz is unmistakable – although including a miniature Scabbers would have been a nice finishing touch.

Professor Albus Dumbledore is only the second BrickHeadz figure to have a beard (the first was 41488 Master Wu), so has a slightly different build process than usual, which is especially refreshing for those who have built many of the blocky little characters. Quarter curved tiles re-create Dumbledore’s bushy moustache wonderfully, whilst a plethora of white slopes and tiles, with a few exposed studs to add texture, make up his long hair. The professor’s glasses somehow convey both the kindliness and perceptiveness of the character at the same time, only using clear 1×2 tiles printed with the typical BrickHeadz eyes.

What is surprising is the amount of printing utilised for Dumbledore’s wizard robes and glasses. There is an unprecedented 15 printed pieces just for him, altogether in the set there are 20. How the LEGO Group can afford to allocate so many printed pieces to one set and keep it at the same price point as most other double-packs is practically magic in itself. Lining up the tiny coloured dots on each tile requires either exceptional eye-sight or a strong magnifying glass.

On display the duo look amazing, although Dumbledore is not as visually striking due to a more muted colour palette. 41621 Ron Weasley & Albus Dumbledore can solemnly swear that it’s a good set, with the finished wizards faithfully capturing the essence of their on-screen counterparts. 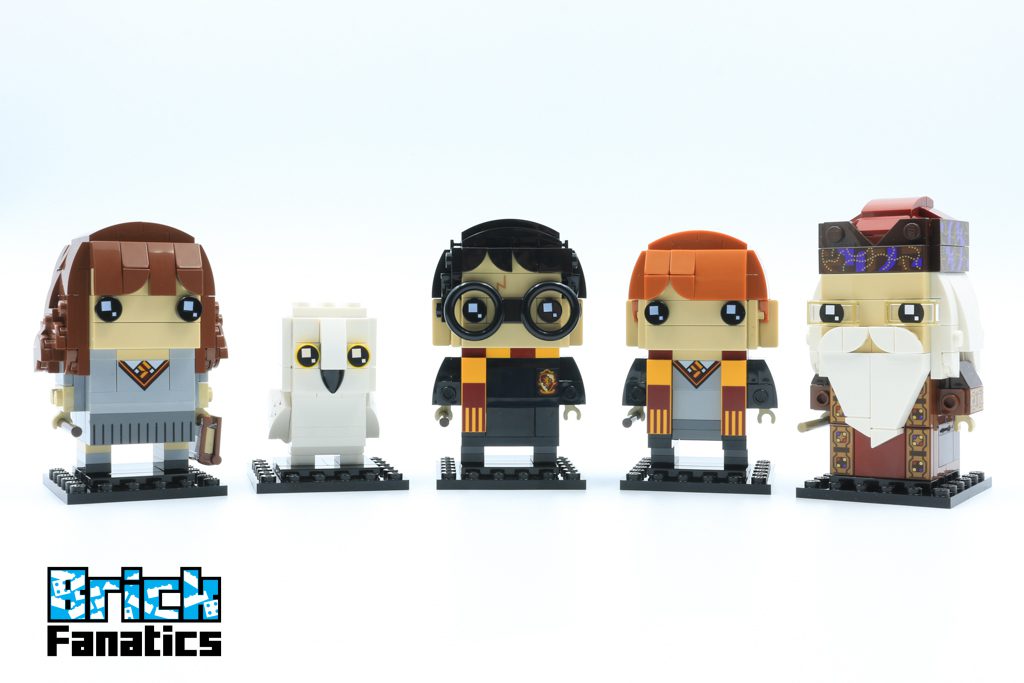