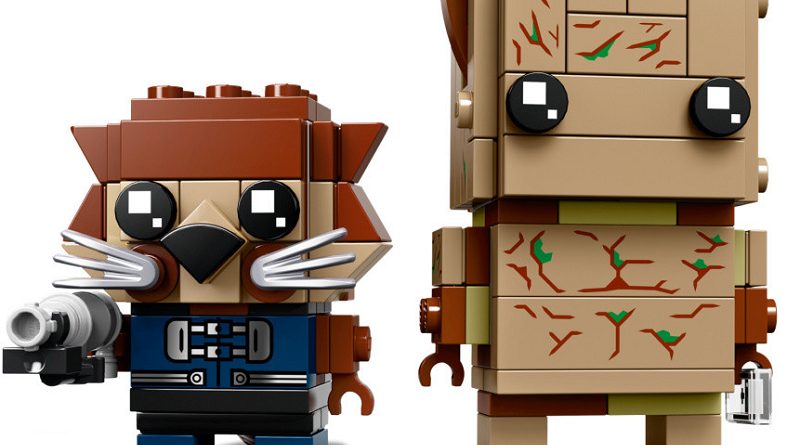 The LEGO BrickHeadz theme continues to grow, with a new batch of sets released today. Avengers: Infinity War is the biggest Marvel film of the year, and 41626 Groot & Rocket gives fans a chance to own two of its most beloved characters. With 41606 Star-Lord and 41607 Gamora released earlier this year, it gets collectors closer to having the full Guardians of the Galaxy crew.

Like other new sets including 41630 Jack Skellington & Sally and 40274 Mr & Mrs Claus are also available now from shop.LEGO.com. 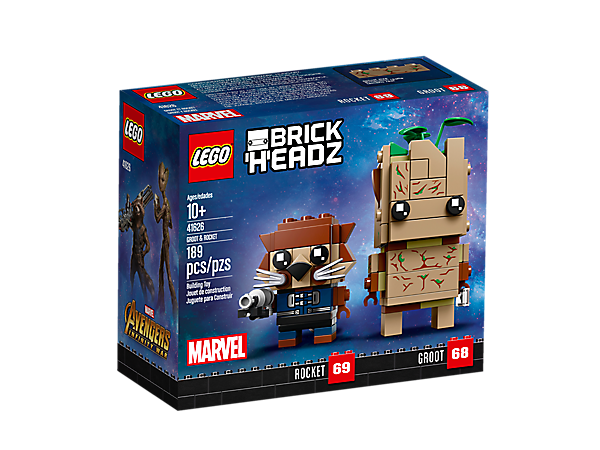 These LEGO BrickHeadz 41626 Groot & Rocket construction characters are fun to build using colorful LEGO bricks that recreate all their iconic details from the blockbuster Avengers: Infinity War movie, including Groot’s green branches and detachable video game element, plus Rocket’s whiskers and laser pistol. Each character stands on a buildable collector’s baseplate with BrickHeadz logo for easy display in your home, office or anywhere you like.