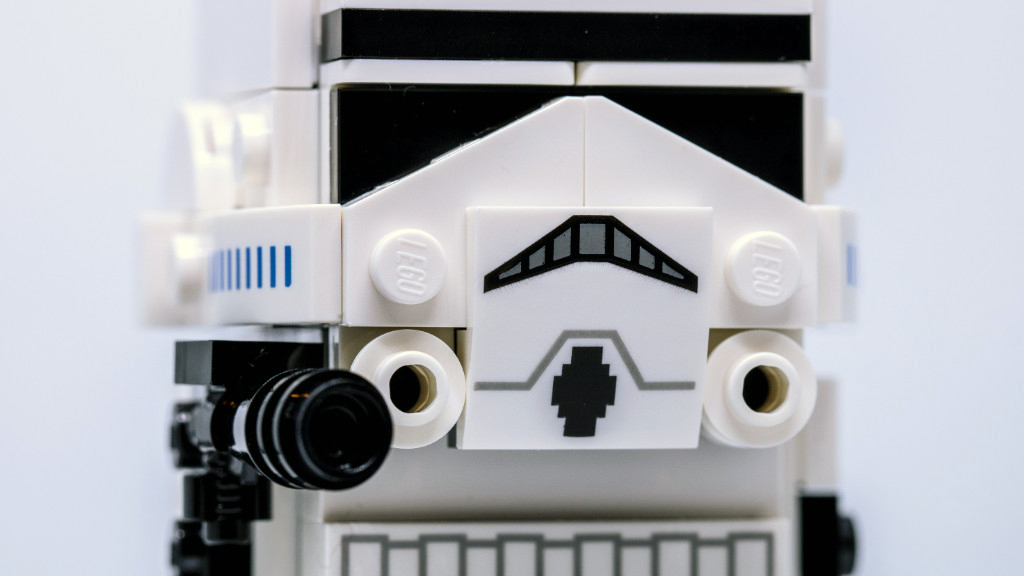 Will this LEGO BrickHeadz character successfully depict the Imperial Stormtrooper or miss the target as they do on-screen?

With the Dark Lord’s BrickHeadz interpretation proving disappointing, attention turns to the foot soldiers of the Empire with 41620 Stormtrooper. The latest selection of Star Wars characters in the theme focusses on the classic trilogy, presenting icons of the saga in this unique style. Appearing in all three of the original films, as well as the recent Rogue One and Solo movies, everyone recognises the distinctive white armour of the low level servants of the Emperor.

One of the best things about LEGO BrickHeadz sets is the variety of rare and unusual bricks you often get within the box, and 41620 Stormtrooper is a prime example of this. Two sand green 2×2 bricks, a great variety of white curves, white quarter circle tiles and three of my all time favourite pieces – 1×1 round plates with holes (they are perfect for micro building and making otherwise impossible connections). Tipping all of these pieces out is a great start to the build. 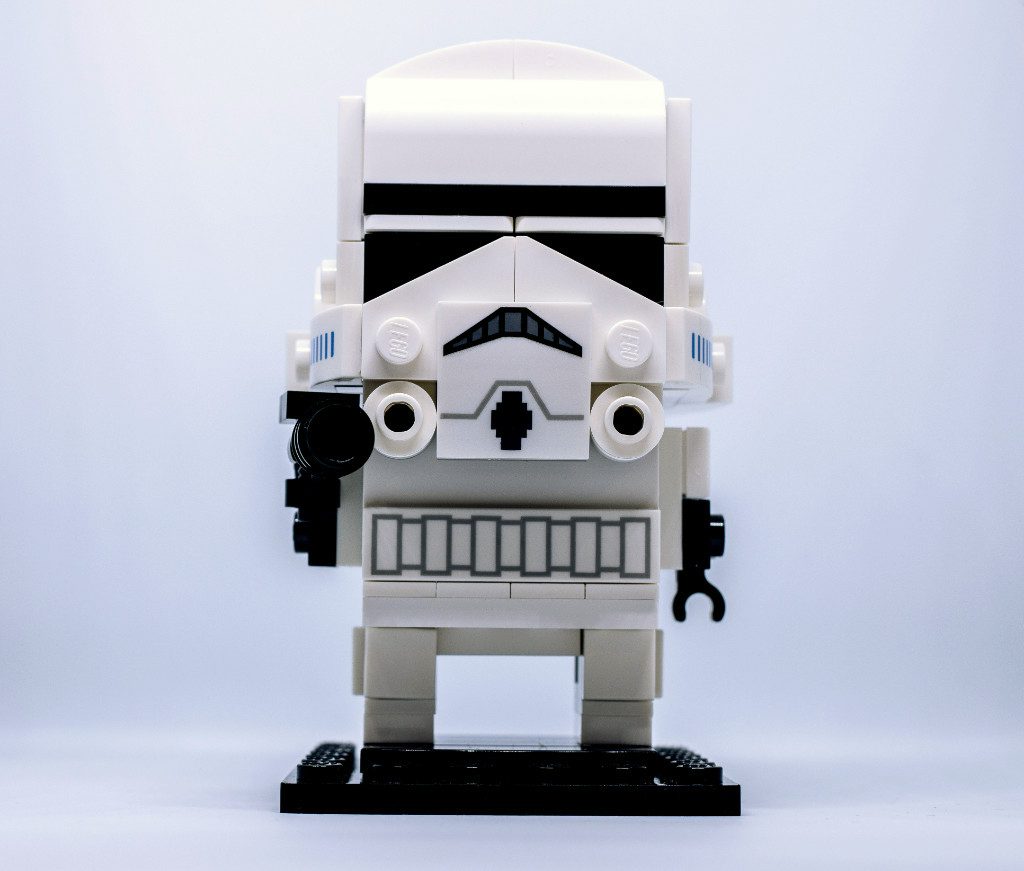 For those who still haven’t built a BrickHeadz set, the technique is quite satisfying for something so quick. Building up a square body that has studs on every side forms the inner core. To this, bricks of varying shape and size are added to give detail to the build. With each step taken, the character slowly begins to come to life. Thankfully, unlike 41619 Darth Vader, it takes a while before the Stormtrooper begins to take shape, making for a more satisfying, fun and prolonged build.

The helmet design is a particular high point with this model. The shaping and overall design are excellent. Use of a 1×2 plate with studs on the side to create the eyebrow ridge is particularly inspired and incredibly effective. The printed tiles used for the front and sides are blend in really well with the brick built elements too.

Halfway through the build, the design really reminded me of the white prototype Boba Fett and I think with a few simple mods it would be easy to make that character too. After, all the original designs for Boba Fett depicted him as an advanced Stormtrooper rather than the Mandalorian infused bounty hunter fans know him as today.

Like the previous blaster wielding BrickHeadz, the Stormtrooper has a brick built laser gun and is all the better for it – the scaling is so much better. The design is the same as that used for the blasters in 41485 Finn and 41486 Captain Phasma, using black pieces.

The design on the back is fairly simple but looks very effective. The only disappointment is that there wasn’t a tile with ‘OII’ printed on to it. That is an important design feature on the Stormtrooper that fans really love, and would have been a nice addition – perhaps you can’t have everything.

41620 Stormtrooper is a must for LEGO BrickHeadz and Star Wars fans alike – a much, much better set than 41619 Darth Vader. There is not a lot of play value in a LEGO BrickHeadz set and the whilst fun, the building part never lasts long. This does include some really nice printed pieces that integrate nicely into the model, making the finished statue look fantastic. The LEGO designers have done a great job on this one.