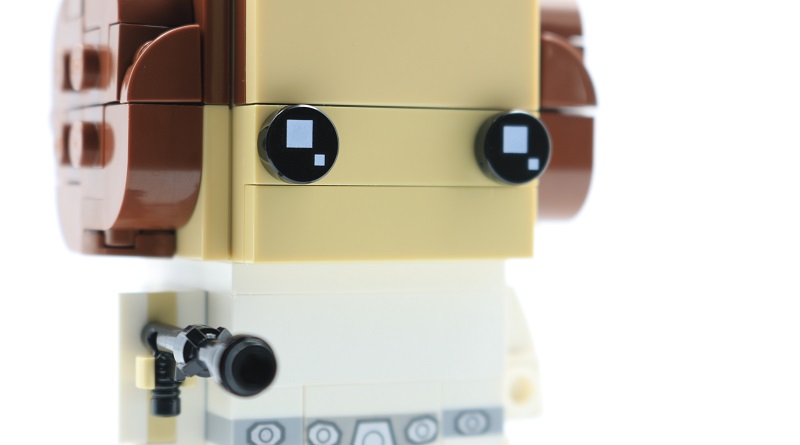 Star Wars: A New Hope famously opens with Princess Leia Organa of Alderaan hiding the stolen plans for the Death Star in her loyal astromech droid, R2-D2. This determined rebel leader, with her resilient spirit and feisty personality captured the hearts of fans around the globe. The LEGO design team has chosen Princess Leia’s most iconic look to transform into a BrickHeadz set – and thankfully they haven’t changed her hair. 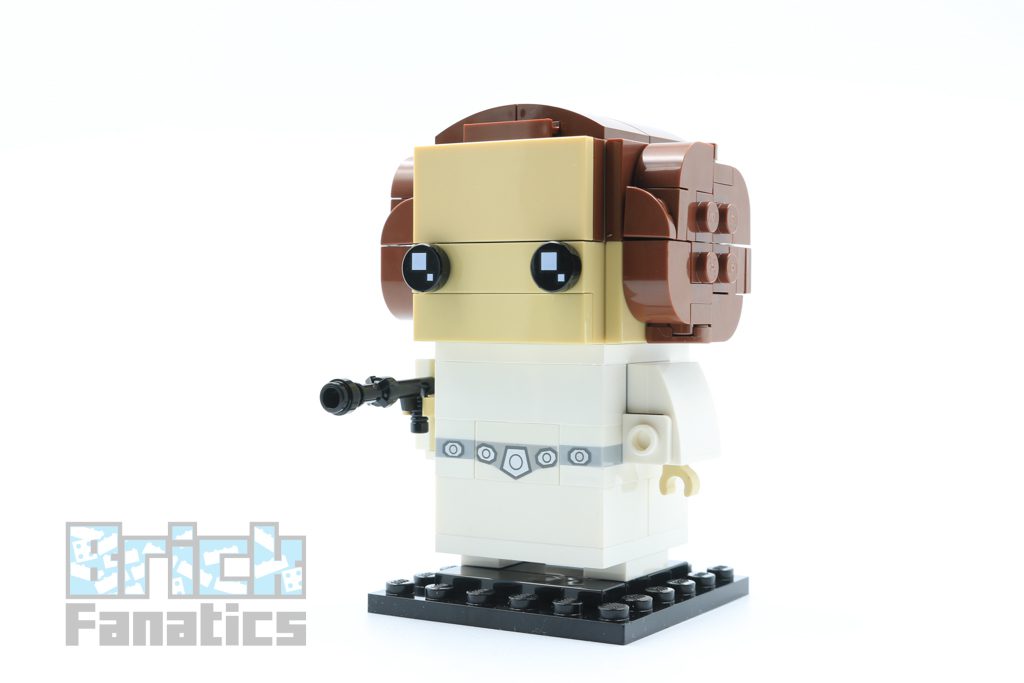 Some BrickHeadz models are bold and colourful but 41628 Princess Leia Organa is very simple and elegant in appearance. The model makes up for this by including a lot of movie-accurate detail. Leia’s flowing white dress is finished with her royal Alderaanian belt which has some of the smallest printing ever achieved by the LEGO Group. Two of the metal accents are printed on the very edge of 1×1 plates – that’s only 3 millimetres across for LEGO nerds.

On the back of the dress is Leia’s hood, and while she only wears it for a brief period of time in the film, it’s still a nice little inclusion and adds some much-needed interest to the reverse. Even at such a small-scale, Leia’s DDC Defender blaster looks perfect with its long barrel – made from a black lightsaber hilt piece – and helps to convey the mettle of her personality.

Perhaps the most important part of Leia’s appearance is her hairstyle, and 41628 breaks the mould of typical BrickHeadz design to achieve the Princess’s double-buns. Rather than using just 1x2x1 bricks with exposed studs, there is a mixture of these bricks combined with angular plates. Each bun is divided into four segments that are built separately then attached onto the model. The finished result is beautifully effective and to paraphrase the General, proves that some things can be solved by jumping into a pile of bricks and making something up.

The Force is strong in the Star Wars BrickHeadz family. Luke has it, Vader has it and now Leia has it too. 41628 Princess Leia Organa is a must have for all fans of the beloved character.

41628 Princess Leia Organa is available now at shop.lego.com. You can help support Brick Fanatics’ work by using our affiliate links.