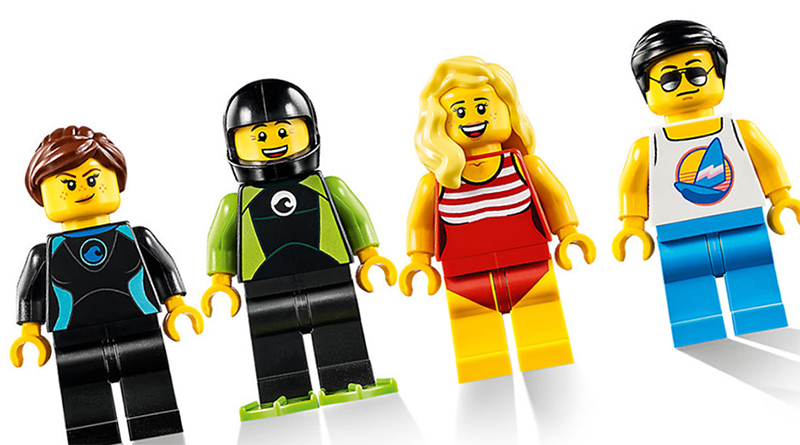 New images of the regular LEGO City sets have already been released, but now fans can check out the new 40344 Minifigure Pack that will presumably be a shop.LEGO.com exclusive product. The Brick Fan has been digging around the LEGO servers and discovered this pack, that includes four seaside themed minifigures, including a diver, a surfer and two sun soakers. A few bricks build an ice cream stand, with a parrot and crab thrown in too for good measure.

LEGO Marvel Spider-Man 40343 Minifigure Pack was revealed today too, with that set including Spider-Man, Maria Hill and Ned Leeds – all characters from the upcoming film Spider-Man: Far From Home.

When the sets launch later this summer, LEGO City fans will be getting a biog dose of space exploration. As well as the expected mix of shuttles and rovers, there’s also a couple of bases among the five regular sets – one in space, in 60227 Moon Base, and one on the ground, in 60228 Space Research Rocket Control Center. 60230 People Pack – Space Research and Development will provide plenty of science inspired minifigures for those looking to populate their Space themed builds.