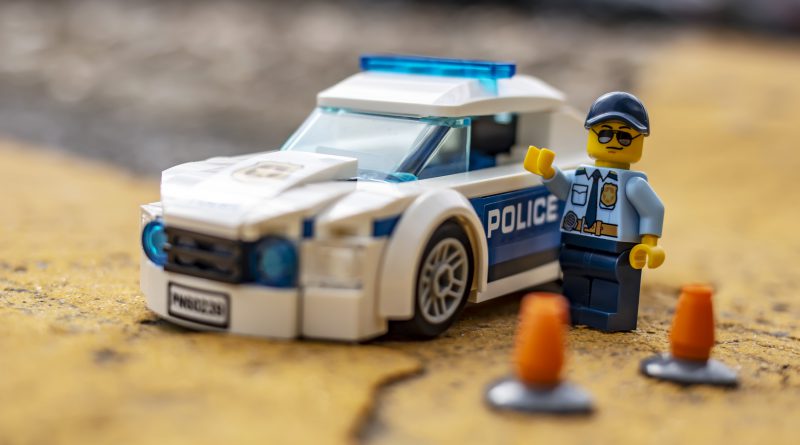 Since the first version in 1973, LEGO Police Cars have been a staple of the City theme. So can 60239 Police Patrol Car offer fans anything new?

Similar in both design and look to the police cars fans were offered in 2017 – 60128 Police Pursuit and 60138 High Speed Chase – 60239 Police Patrol Car offers fans a slightly updated design, as well as an inexpensive way to get hold of a single police vehicle. The set contains a sleek, sporty looking police car, a police officer minifigure and two brick built traffic cone accessories. 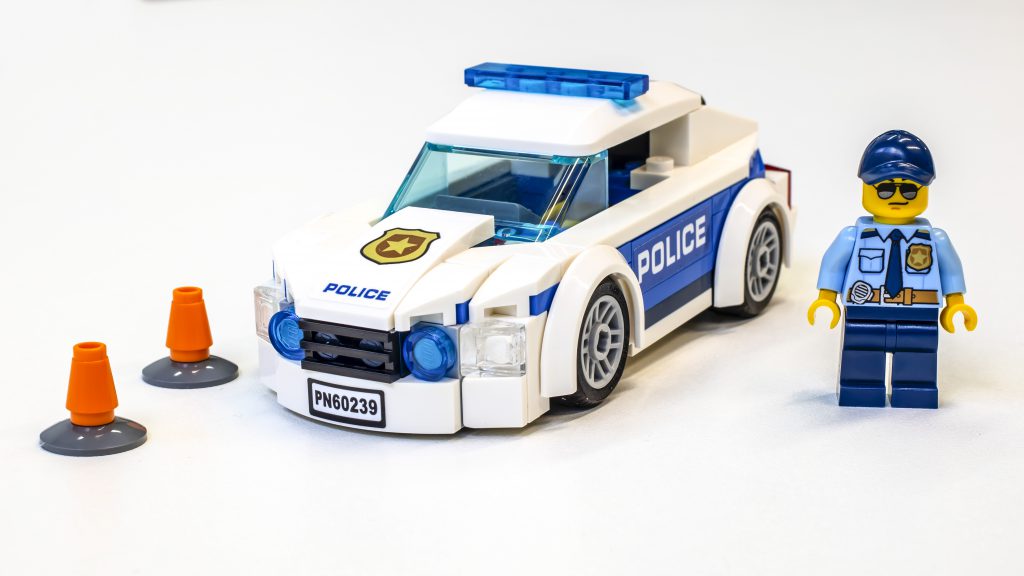 Fans of the Speed Champions theme will feel right at home with the techniques on offer and, with the exception of the single chassis piece, the build contains clever parts usage throughout. Slopes, curves and tiled pieces not only add great shaping and angles but also helps give the overall look a more polished, stylish finish.

The front takes advantage of the relatively new 1×2 wedge with stud notch pieces, which are such an effective way of creating an angular design. The rear is made up of wedge plates and slopes with a Black Wing End used for a spoiler – another simple yet effective design choice. The front and rear bumpers both use 1×4 curved slopes to create a rounded look, it’s a common technique but one that is still satisfying to construct.

The only downside to the vehicle’s design is that there are no doors. It’s a bit of a shame not to have at least some moving parts (other than the wheels) but taking the roof off allows access to the driver’s seat. The overall design is helped by the addition of a few stickers, which include number plates and police decals.

The Police Officer minifigure wears a printed police uniform torso, sunglasses, blue cap and has plain blue legs. While fans have seen all these parts before they’ve never been combined in this way, making this Police Officer an exclusive for the set.

Overall this is a perfect set for fans looking for a quick, cheap and enjoyable building experience. The finished design looks great and 60239 Police Patrol Car wouldn’t look out of place amongst LEGO Speed Champions sets or alongside a larger LEGO City Police collection.

60239 Police Patrol Car is available now at shop.lego.com. You can help support Brick Fanatics’ work by using our affiliate links.