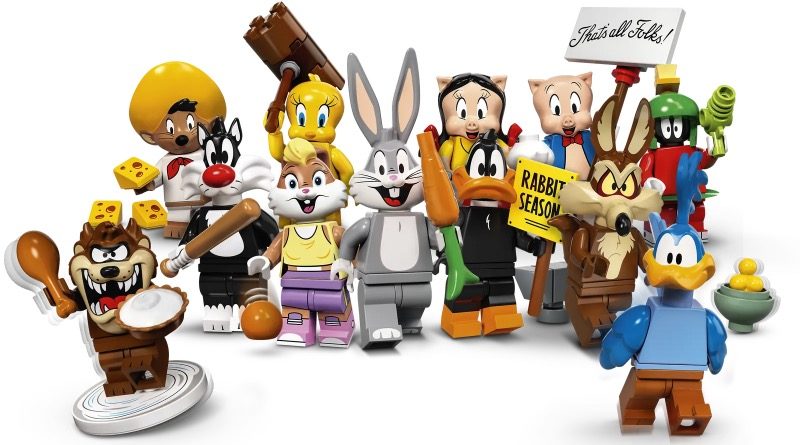 The LEGO Group has officially confirmed the price and release date for 71030 Looney Tunes Collectible Minifigures, and it’s good news all round.

Contrary to reports from earlier this month, the price of the blind-bagged characters isn’t set to rise with the debut of Bugs Bunny, Daffy Duck and company. Instead, it will remain fixed at the price tag of 71029 Series 21, coming in at £3.49 / $4.99 / €3.99 per minifigure.

That’s great news given LEGO VIDIYO’s 43101 Bandmates raised the price in the UK and Europe to £3.99 and €4.99 respectively, and early retail sightings of 71030 Looney Tunes indicates a US price of $5.99 per bag. It now looks like – as predicted – that slightly higher price was only reflective of the independent California store where they were originally found.

71030 Looney Tunes’ listing at LEGO.com has also revealed that the new series of collectible characters will debut on April 26, along with a handful of other sets across Star Wars, Marvel, Minions and more. Click here for the full list of LEGO products launching this month, then head here to check out our early, in-depth review of 71030 Looney Tunes Collectible Minifigures (which has now been updated to reflect the newly-revealed price).