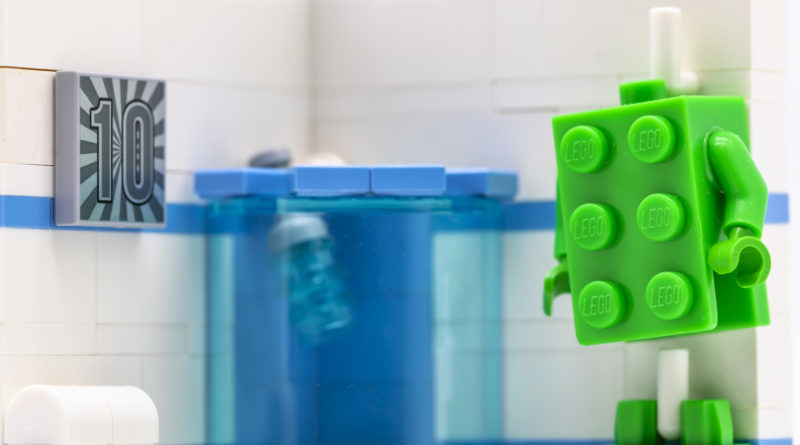 Brick Fanatics celebrates a decade of LEGO Collectible Minifigures with new vignettes for Series 20. Brick Costume Guy is ready to hit the shower after a hard day’s bricking around

I love the LEGO minifigure mascots, especially the LEGO brick guys and girls – but being that cheery must be hard work. After a tough day of mascotting (if that’s a real word?) there is nothing better than getting that heavy costume off and having a well deserved shower. Eagle eyed readers will notice I combined both the Green Brick Suit guy from Series 20 and the Shower Guy from Series 19.