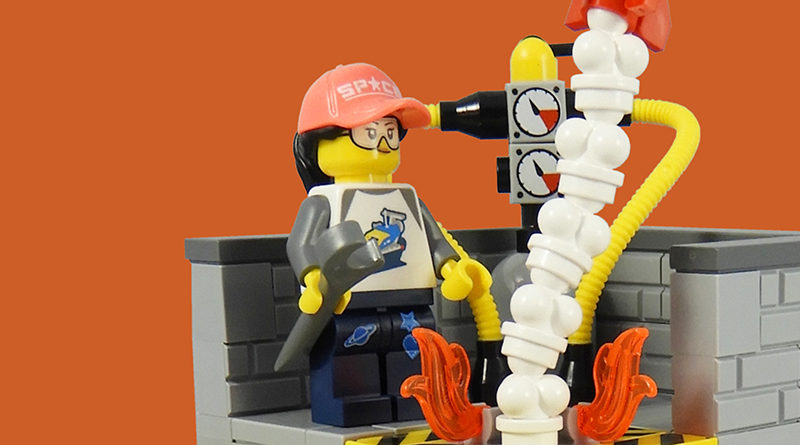 Brick Fanatics celebrates a decade of LEGO Collectible Minifigures with new vignettes for Series 20. Inspired by Classic Space, this minifigure is launching her own rocket

Space Fan has climbed up from her rocket engineering laboratory to the rooftop launch site. After carefully fueling the rocket built from her revised plans, she initiates the launch.