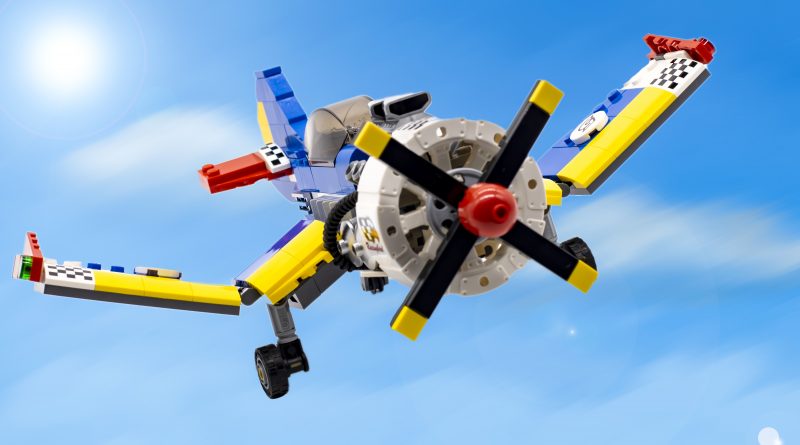 The LEGO Creator 31094 Race Plane contains all the parts needed to build the titular Race Place, which bears more than a passing resemblance to the aircraft that take part in the Red Bull Air Racing Championships. Being a 3 in 1 set, is also includes instructions to build a jet and a helicopter with the same elements. Also included are two racing markers and a pilot minifigure. 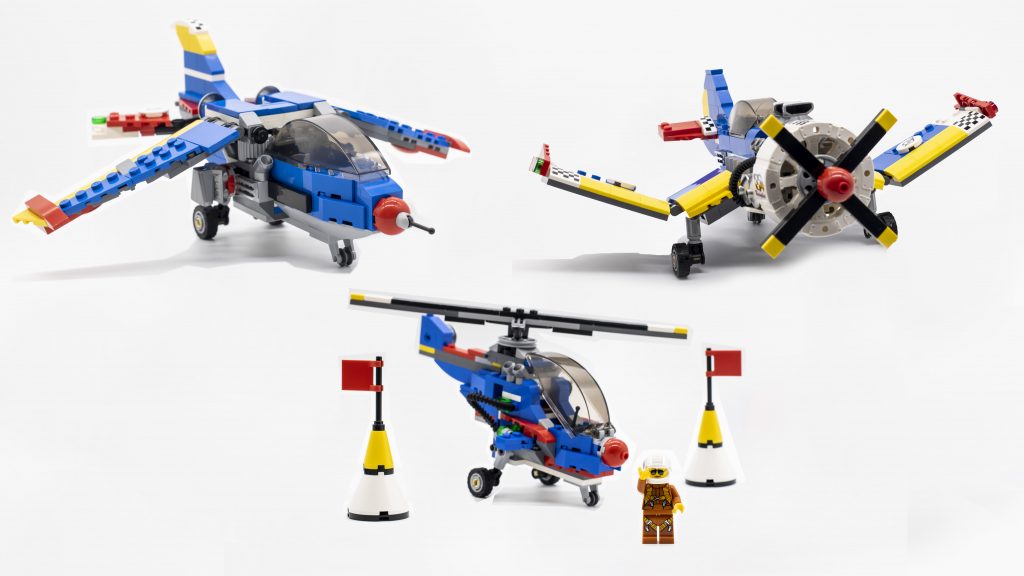 The set offers up a decent variety of airborne craft, giving aviation fans a tough choice of which to build first. For the purpose of this review we’ll start with the main focus of the set, the race plane. The build is a really enjoyable experience. The set uses common pieces, but they’re used in a very clever way. The shaping of the fuselage comes courtesy of the various slopes and inverted slopes 3×4 wedges. The 3×4 wedges are staggered at the back, creating nice textures and detail on the rear of the plane. The tail is only one brick thick but is surprisingly sturdy. The engines feel big, chunky and powerful and the four 1×1 slopes on either side are a really nice design touch.

The most satisfying moment comes when attaching the wings to the main body. A technic axle is placed through the entire fuselage with each wing being attached to either side. It’s a clever design that brought a smile to this reviewer’s face. In fact, everything about the build feels well planned and comes together in an incredibly pleasing manner. It feels like old school LEGO done in a really good way. The finished look is just fantastic and the blue, red and yellow colour scheme is very striking. The minimal stickers that are included also look really, really good – and this is coming from someone who usually has a disdain for them.

If this set was just the race plane, I think a lot of fans would be happy, but the beauty of a Creator set means there are two more builds that can be made. The jet uses different techniques but doesn’t feel quite as deep or involved – the shaping also feels a little blockier. The silver 2×2 round dishes are used for the back engines and this is okay, the silver helps a lot with the look, but they just don’t feel as weighty or meaty as the engines of the race plane.

A similar technique using the technic axle is utilised to attach the rear tail fins but again it doesn’t look quite as smart and there are a few gaps, which don’t look great. The front wings however are a good design and fun to put together, the way they slope down gives the plane an excellent shape and If it wasn’t for the 2×4 tile, which sticks out and looks a bit too square, they would be perfect. The jet uses roughly two thirds of the pieces and overall it looks decent, it just doesn’t feel quite as special as the race plane but it’s still a good model none the less.

The final vehicle offered up, a single propeller helicopter, is the weakest build of the three. There are nice elements, such as the way the red 1×2 curved slopes on the side line up with the red wedge plates and connecting the tail to the 1×2 jumper plates is a pretty satisfying technique. Unfortunately the overall look is a too square in places with too many gaps. The propeller feels a little too large compared with the main body. In fact, the scaling of the whole model feels slightly squat. Considering it only uses about half the included pieces this perhaps could’ve been avoided.

With any Creator 3 in 1 set the designers should be applauded for creating three separate builds from the collection of parts available and these sets are great teaching tools to show fans what can be achieved using the same pieces. In the case of 31094 Race Plane the titular vehicle looks outstanding and is incredibly fun to build. The jet and the helicopter are just not up to the same standard and possibly not enough to convince fans that this is a must have set – not at full price anyway.

31094 Race Plane is available now at shop.lego.com. You can help support Brick Fanatics’ work by using our affiliate links. 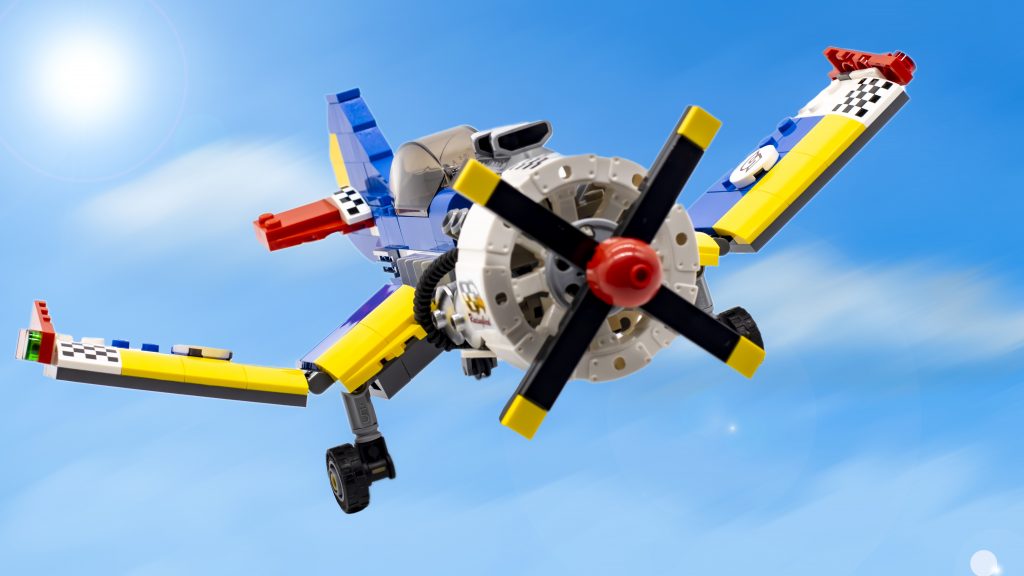