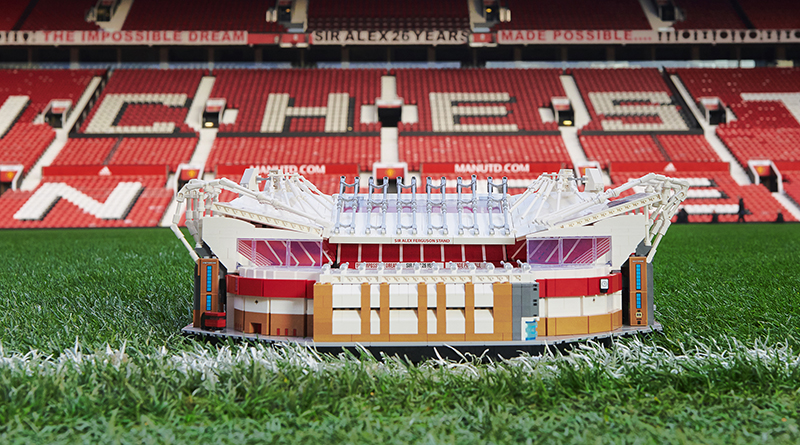 The upcoming LEGO Creator Expert 10272 Old Trafford – Manchester United set has been photographed in the real life Old Trafford ahead of the model’s release.

There is only place for the LEGO Group to show off the newly announced LEGO Creator Expert 10272 Old Trafford – Manchester United, and that is at Old Trafford itself. Ahead of the set’s debut, which will happen on January 16, the set has been photographed at Manchester United’s home ground.

For Manchester United supporting fans of the brick, the new set provides an opportunity to build their club’s stadium using 3,898 elements. Key details are included, such as the Sir Alex Ferguson statue and the Munich memorial clock.

“Our Old Trafford stadium is as iconic as Manchester United itself and we are proud to be able to bring it to life in LEGO form,” says Manchester United’s Director of Partnerships, Sean Jefferson. “I think everyone has played with LEGO bricks at some point in their life, however it’s still amazing to see the level of detail the LEGO designers have managed to recreate in this piece.”