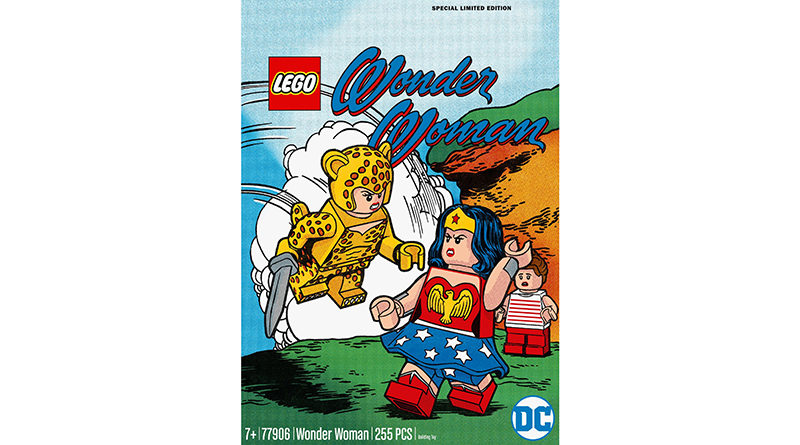 LEGO DC 77906 Wonder Woman, the exclusive set for the DC FanDome weekend, is available now for US fans.

LEGO.com is selling LEGO DC 77906 Wonder Woman, an exclusive that was likely planned for San Diego Comic Con. The set, revealed earlier today, is now available to order at LEGO.com for fans in the USA and it will ship on October 1.

DC FanDome is the weekend’s big virtual comic book and entertainment event covering all aspects of the DC comic book world, with reveals expected for films including Wonder Woman 84, The Batman and Justice League: The Snyder Cut.

As the model features the same iconic characters as the Wonder Woman 1984 movie – Wonder Woman and Cheetah – it’s also the ideal gift for fans of the blockbuster movie. The 3 collectible minifigures are displayed in an outdoor environment set on a sturdy base.

A prize draw has also been announced for the event, with an exclusive Supergirl minifigure up for grabs.