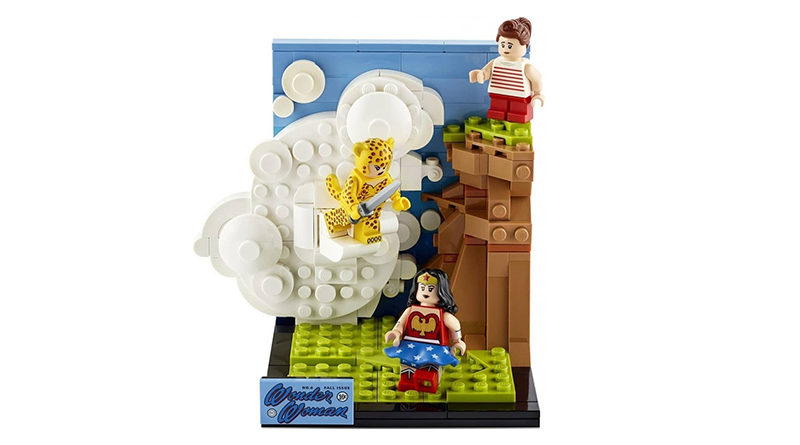 There’s an exclusive LEGO set for DC FanDome that is likely to be made available at some point today – 77906 Wonder Woman.

LEGO DC 77906 Wonder Woman was likely planned as a San Diego Comic Con exclusive set, but with that event cancelled it has turned up on the DC FanDome and LEGO.com websites. Brickset has turned up images, but it’s unclear when it will go live or be available to buy.

DC FanDome is the weekend’s big virtual comic book and entertainment event covering all aspects of the DC comic book world, with reveals expected for films including Wonder Woman 84, The Batman and Justice League: The Snyder Cut.

77906 Wonder Woman is inspired by Issue 6 of the original comic book run, and it’s no coincidence that the set includes Cheetah in her classic costume – 76157 Wonder Woman vs Cheetah, based on the upcoming movie, features a modern iteration of their battle.

Fans should keep an eye on the DC FanDome and LEGO.com if they want to get this special set.

A prize draw has also been announced for the event, with an exclusive Supergirl minifigure up for grabs.