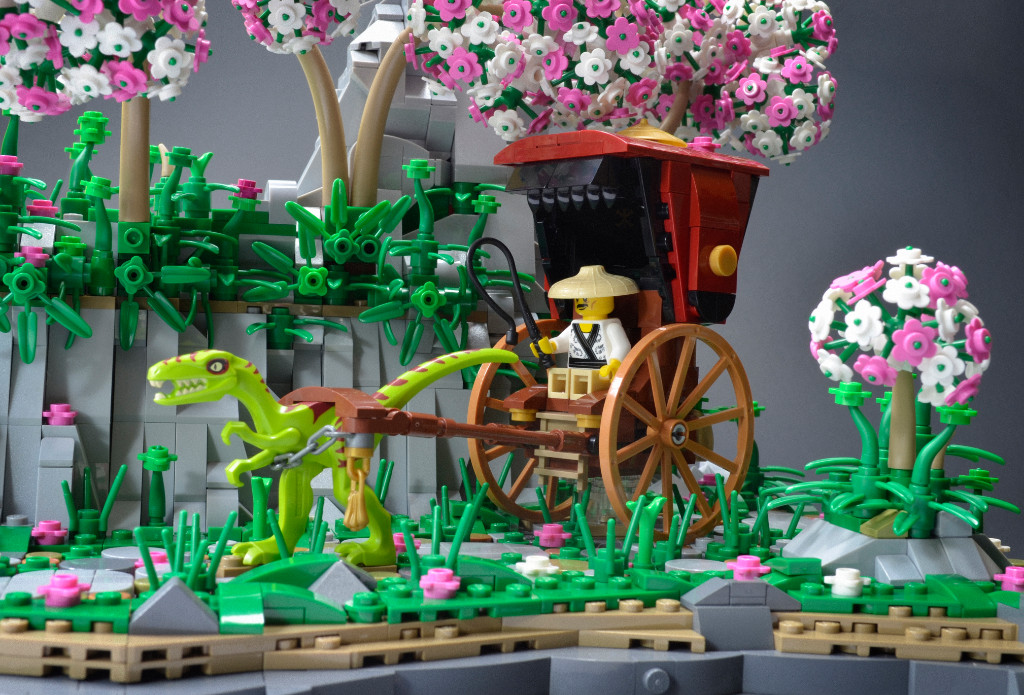 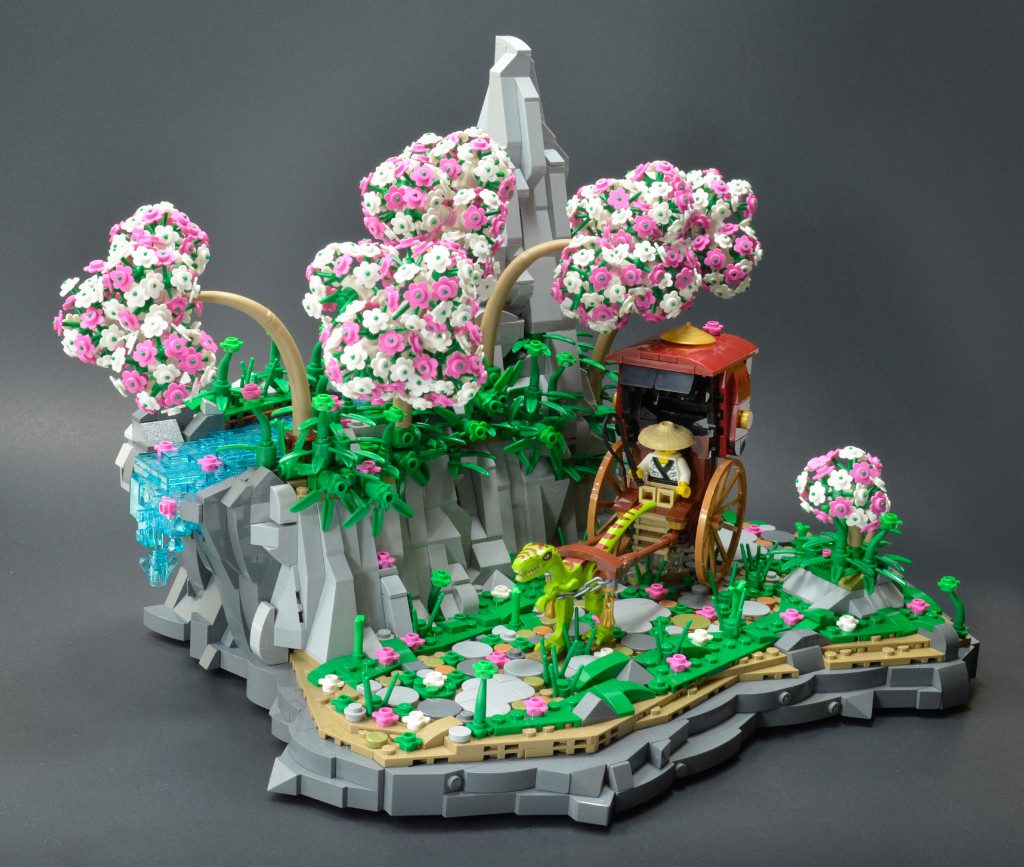 Spring is a fertile time as the mountains explode with the pink and white of cherry blossoms. All sorts of herbs sprout anew with full medicinal potency. Many tinctures, unguents and powders require these herbs, so this is the perfect time for Dr. Hisato and his energetic companion, Jun, to head up the mountainside to gather ingredients. While there are still a few paths high in the mountains, they are very old and rarely used, which in many cases makes them all the more beautiful. As delightful as the ride can be, Hisato must still keep an eye on Jun to make sure he doesn’t drag his cart off a cliff chasing after a spring peeper for a snack.

So many of the builds I have made in the series involve some kind of conflict. Given the nature of dinosaurs, the reasons for this are fairly obvious. For this one, though, I really wanted to make something peaceful. The waterfall and bright colors of the blossoms help create a serene environment. I chose the black and dark red of the cart to create a striking contrast between itself and its surroundings. A nice square base can add a lot to a build, in the same way that a frame around a painting can nicely compliment it. For this one however, I wanted create a flow around the build. One of the advantages is that it helps give the viewer the idea that there is more below the build, as it is up in the mountains. The  waterfall empties into nothingness, leaving the viewer to imagine what’s below. Part of creating an interesting vignette is giving the viewer enough of a story to be interested while leaving them to wonder what else is going on in the world around it. 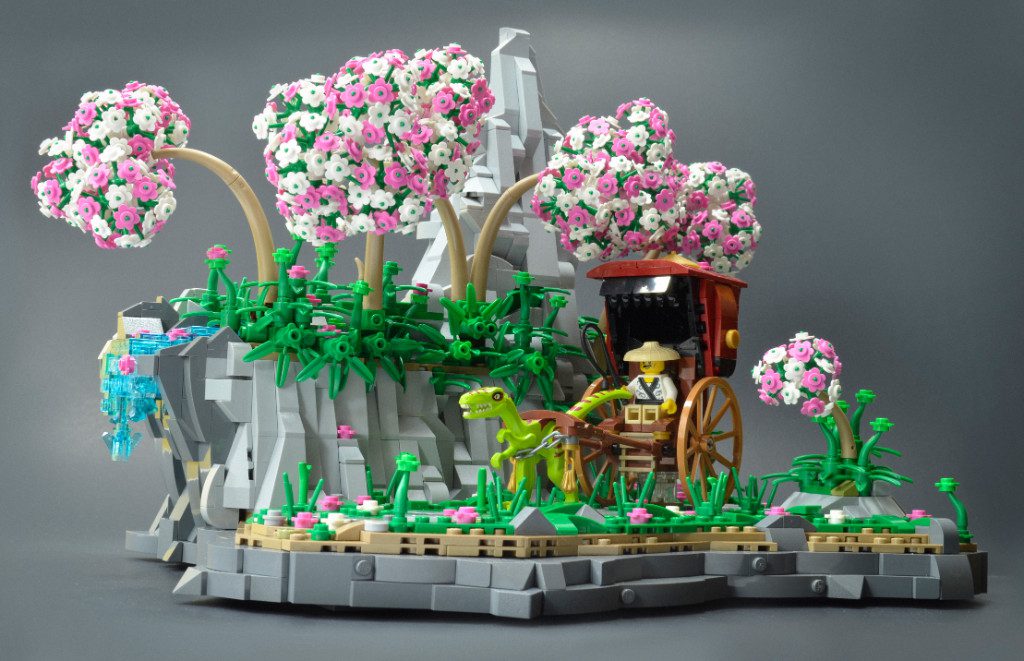