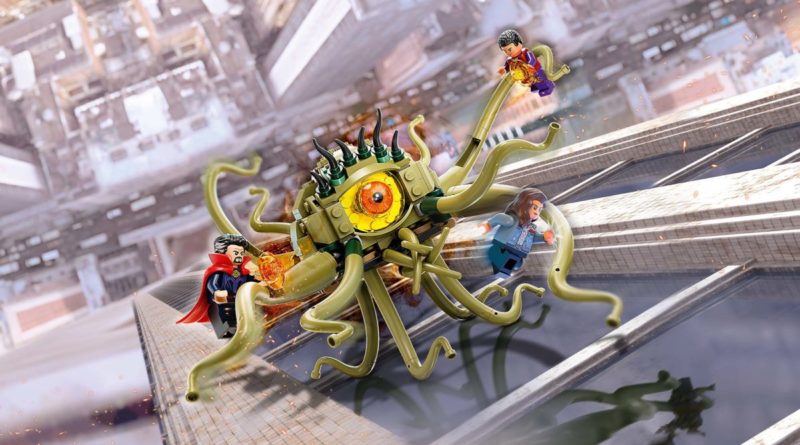 The LEGO Group is promoting both an existing LEGO Marvel set and the new Doctor Strange movie in its latest social media posts.

Doctor Strange in the Multiverse of Madness released this week, giving fans of Marvel’s ever-expanding cinematic universe the chance to catch up with Benedict Cumberbatch’s former Sorcerer Supreme. The Sam Raimi directed film features appearances by a number of familiar comic book characters, some of which we’ve previously discussed in a spoiler-filled story.

With Doctor Strange in the Multiverse of Madness currently in cinemas, the LEGO Group has posted a new video on its social media platforms to promote both the movie and an existing LEGO Marvel set. The short film focuses on one particular scene from the film that’s already been recreated in 76205 Gargantos showdown. Both the set and the video feature minifigures of Doctor Strange, Wong and America Chavez battling the one-eyed multitentacled interdimensional creature, with the vanquishing heroes munching on popcorn at the end of the clip.

This is the only LEGO Marvel set that’s been released to date that ties in directly with Doctor Strange in the Multiverse of Madness, although rumours suggest 76218 Doctor Strange Sanctum Sanctorum may be arriving in 2022. According to a recent online retailer listing, the set could weigh in at 2,708 pieces, for the hefty price of €219.99.

There’s been no confirmation from the LEGO Group regarding the potential release of 76218 Doctor Strange Sanctum Sanctorum, so do treat this information with caution for now.