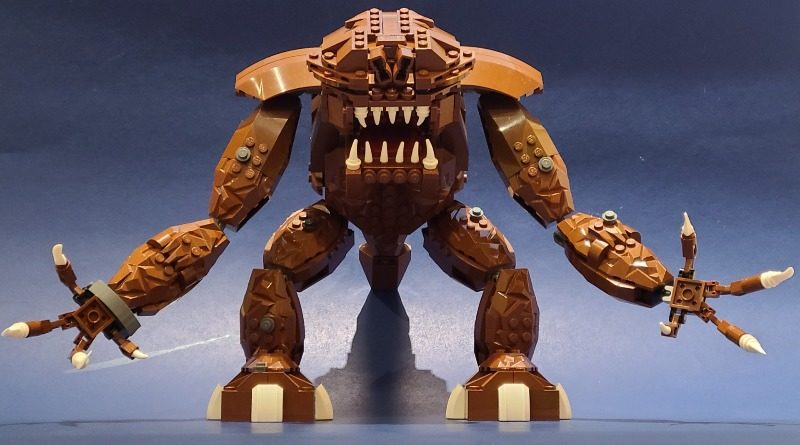 A LEGO fan has built a remarkably accurate Rancor, as seen in Star Wars, from scratch and shared the results online.

Reddit user u/rossco311 didn’t use instructions or track his steps while making his Rancor, but shared various images online. It’s built mostly from brown bricks, with grey, white, and cream pieces for details.

The creator has posed it with bones and a minifigure of Luke Skywalker, recreating the heart-racing scene from Star Wars: Return of the Jedi, where the Rancor is released to feast on Luke by Jabba the Hutt in his palace. The Jedi hero escaped, but the Rancor heartlessly ate one of Jabba’s guards in the chaos.

Rancors can also be spotted in the LEGO Star Wars videogames and in The Bad Batch. The carnivorous beasts are some of the oldest creatures we see in Star Wars media, going all the way back to the original trilogy.

u/rossco311’s creation is designed to be as dextrous as possible, so it can be arranged in different positions. The claws, limbs, and jaws can all be moved to suit the scene or battle you’re trying to recreate, making it a pretty versatile build.

Although the instructions for the set are not available, you can see the Reddit user’s original post and hear more about the set here.