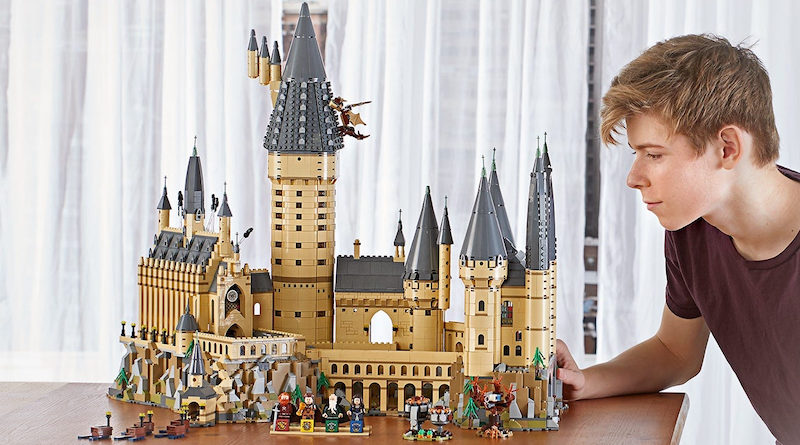 LEGO Harry Potter 71043 Hogwarts Castle has sold out yet again at the official online store, as the LEGO Group’s third-biggest set continues to pull in new fans.

Weighing in at 6,020 pieces and £349.99 in the UK, coughing up the cash and taking the time to construct the sprawling microscale recreation of Hogwarts is no small feat. But that’s clearly not putting anyone off, because 71043 Hogwarts Castle just keeps selling out online.

It’s been back in stock for a couple of weeks after last selling out on February 10, so it seemed for a while like the LEGO Group had managed to get a handle on the set’s inventory. Clearly, though, supply can’t quite meet demand, which we’re sure is great news for the company’s bean counters.

It also means we’re unlikely to see 71043 Hogwarts Castle retiring any time soon, even though it’s already been on shelves for almost two and a half years – and we’ve had another direct-to-consumer Harry Potter set since in 75978 Diagon Alley.

The castle’s departure from LEGO.com means it also joins 71040 The Disney Castle in the ‘notice something missing?’ section of Brick Fanatics’ Top 20 LEGO Sets List, which tracks the very best products currently available online. Make no mistake, though: this is a set very much worthy of its normally tenured position in that list, so once it’s back in stock, you’ll find it right back in the mix.

If you’d like a personal notification of that LEGO.com restock, sign up for our email alerts. We’ll keep an eye on 71043 Hogwarts Castle’s status – whether in the UK or US – and drop you a line as soon as it’s available to buy.