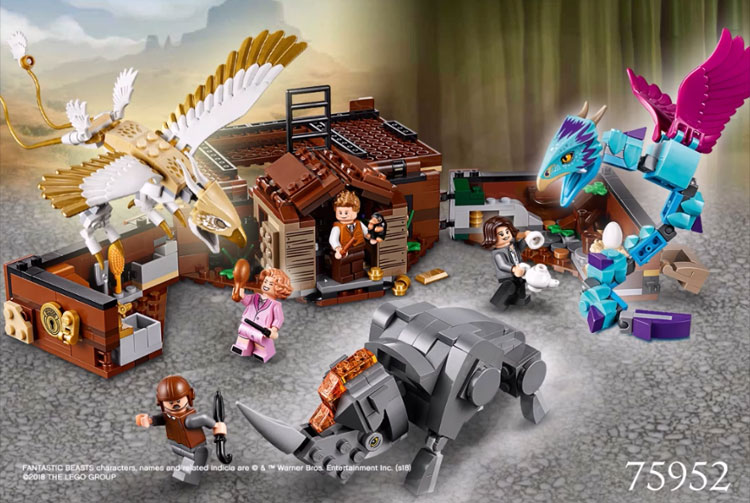 A new LEGO catalogue from Denmark and online store have both shared a look at a new Wizarding World of Harry Potter set, as discovered by PromoBricks. LEGO Fantastic Beasts 75952 Newt’s Case of Magical Creatures, first rumoured by Brick Fanatics last December, will be a brick built suitcase that opens up to reveal the world into which Newt disappears to tend to his creatures. The set contains three beasts as well as four minifigures – the key protagonists from Fantastic Beasts and Where to Find Them.

2T Toys has also shared a teaser video demonstrating how the case opens up to reveal the playset.