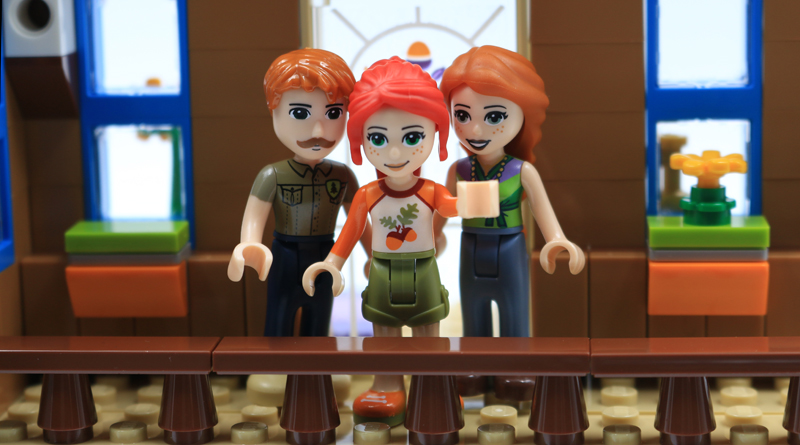 There have been more LEGO Friends houses than anything else – from beach cottages to tree houses, they are usually a reflection of a particular characters’ personality. 41369 Mia’s House is no exception, with the design completely influenced by Mia’s love of the outdoors and nature. Thankfully the colour palette has broken with tradition, and the pink bricks left in the past, for a home that looks almost like a gingerbread house. 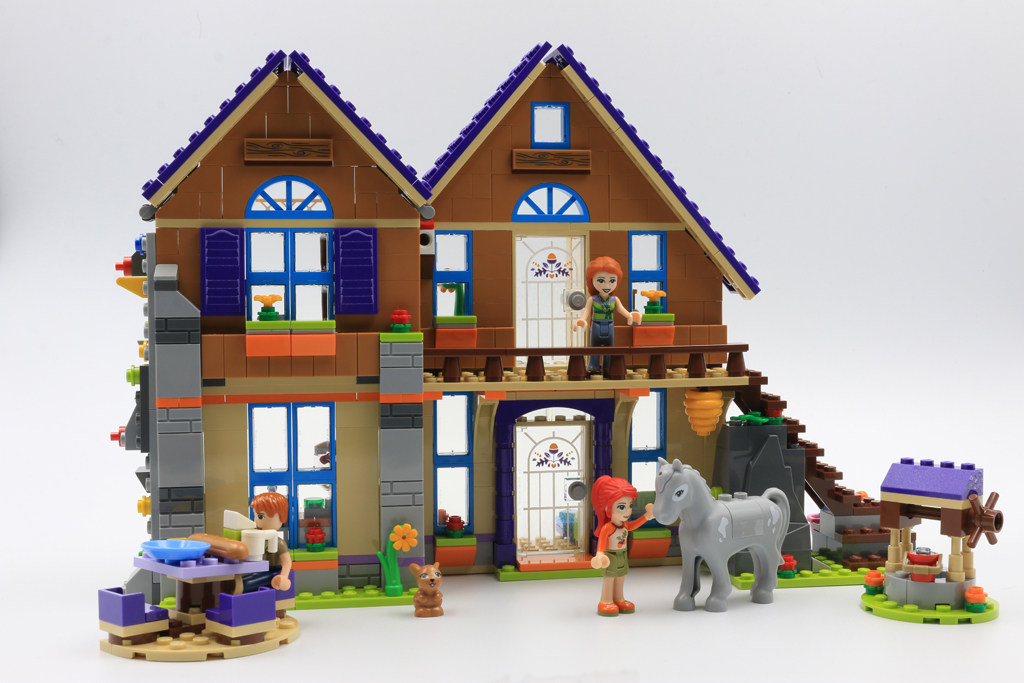 At the heart of most homes is the kitchen and this is where the main build of 41369 Mia’s House begins. It has a real working kitchen vibe due to all the utensils – from the unusual fried egg 1×1 tile to a brilliantly designed blender. The floor is finished in a delightfully colourful combination of green and white 2×2 tiles which helps differentiate it from the adjoining living room.

Previous Friends houses have often been modular but 41369 Mia’s House is not, and is stronger because of this design choice. The designer has had to think like a real architect so that the ‘flow’ of the rooms makes sense, especially as they can’t be switched around.

The living room uses mostly stickers for its detailing, which may frustrate some fans, although there is a clever use of a golden frog element as a trinket and the sofa looks nice and plush from all its curved slopes. Once the ground floor is completed a few outside areas, such as the windowsills, are covered in foliage before moving on to the next storey.

Nature is an essential part of this build and flower power abounds. Different LEGO foliage and flower pieces are clicked onto practically every available stud, whilst there is even a beehive on the front porch – which seems like a safety hazard. Hidden into the little cranny between the two roofs is a neatly designed little bird-box built from a 1×1 Technic brick and a red cheese slope.

All of the second floor is devoted to Mia’s bedroom (how many children wouldn’t want a storey to themselves?) that contains plenty of references to her adventurous lifestyle. The most obvious of these is the alternate entrance. Rather than use the stairs, Mia can climb into her room using a rock-wall on the side of the house, and the colourful studs placed at intervals along grey plates brilliantly mimic a real-life climbing wall.

Bold colours are used throughout the entire model but balanced next to the nougat and grey, they thankfully don’t look garish. Azure window pieces are a complete LEGO first and the bow windows are brand new elements that will hopefully find their way into other sets. Rather than having just a plain brick-built exterior some great architectural texturing has been utilised. Masonry bricks in the columns break-up the stonework, wooden cladding is made from 1×2 nougat tiles and even the big-ugly-rock-piece doesn’t look out of place.

Mia’s had a bit of an update for 2019, coming with an acorn-print t-shirt and very bright red hair rather than her previous ginger. 41369 Mia’s House marks the debut of both Mia’s parents who are quite simple in design – Angus has a forest ranger uniform whilst Ann uses a new long plait hair piece. LEGO Friends horses are common throughout the theme but Metzie is the first to come as a dappled grey.

Every room and side build of 41369 Mia’s House has been well designed, it is a fantastic model packed to the literal roof with playability. From the first 2019 wave of products, this Friends box comes highly recommended.

41369 Mia’s House is available now at shop.lego.com. You can help support Brick Fanatics’ work by using our affiliate links. 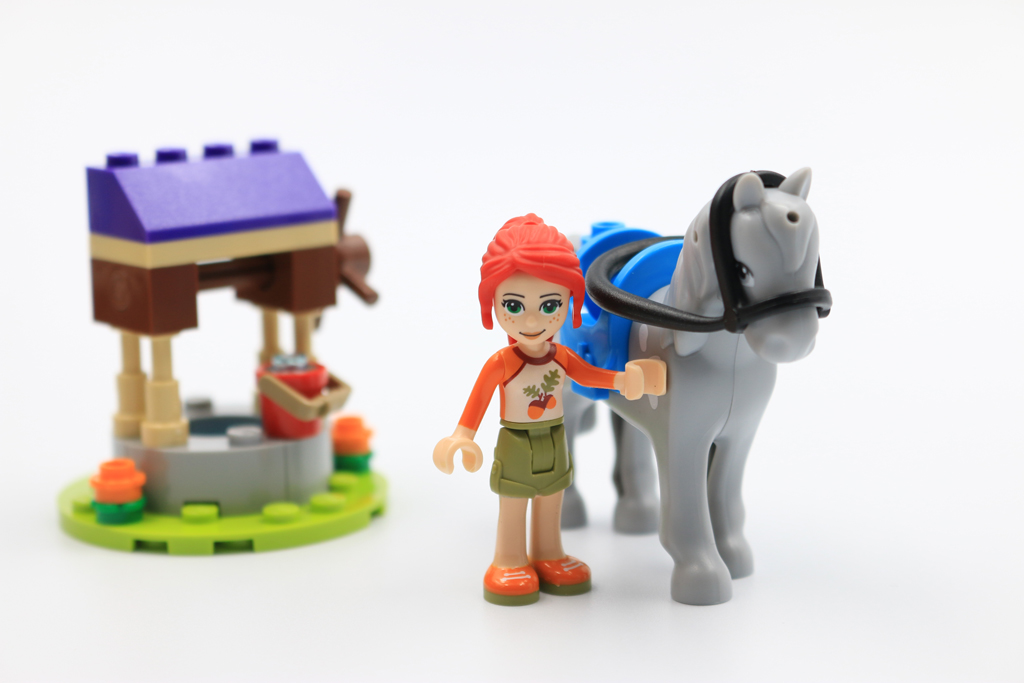