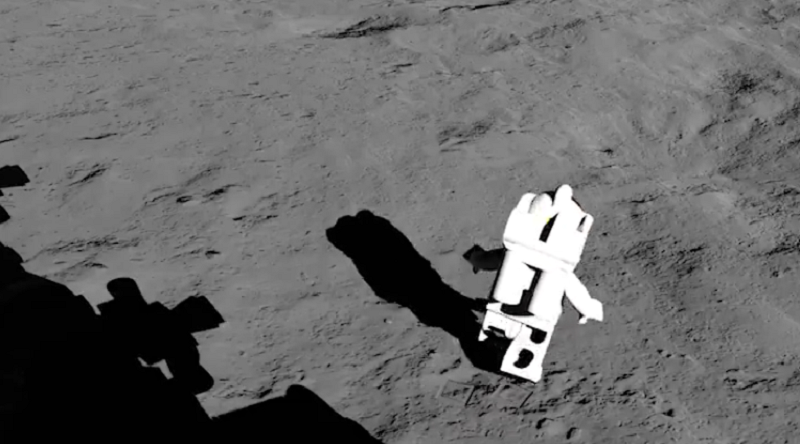 The LEGO Group is teasing a new moon based set on social media, which is almost certain to be the recently discovered LEGO Creator Expert NASA Apollo 11 Lunar Lander set.

A few days ago, an image turned up of LEGO Creator Expert NASA Apollo 11 Lunar Lander. Now, the LEGO Group has teased the upcoming set on Twitter, promising that the set is “Landing soon”.

In the little animated clip, a minifigure astronaut moonwalks along the surface of the Earth’s satellite, leaving a distinctive LEGO footprint behind them. A shadow can be seen in the bottom left of the clip, that clearly matches the shape of the Lunar Lander shown in the recently discovered promotional image.

It seems that this upcoming set’s launch will coincide with the release of the new space exploration inspired LEGO City sets that will be released on June 1, making for some synergy between the two themes.

This will be a change of subject matter from the most recent Creator Expert set, 10265 Ford Mustang, which recreates a beloved American muscle car and was reviewed by the Brick Fanatics team.