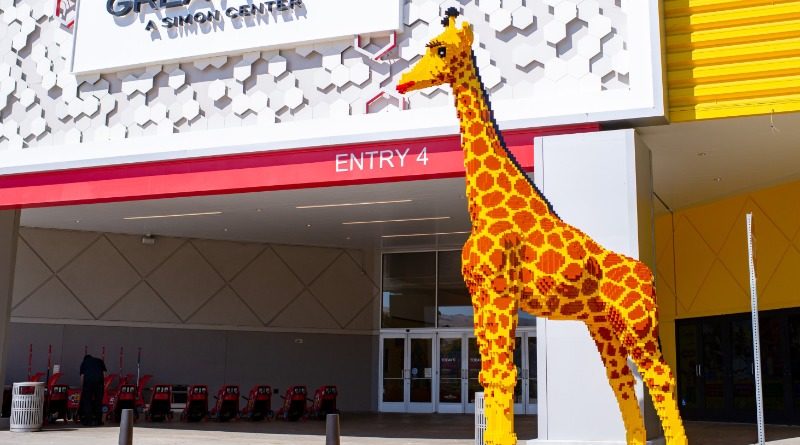 A new LEGO giraffe joined the team at the LEGOLAND Discovery Center Bay Area – but an unlikely friend helped choose her name.

The LEGOLAND team put out a call for submissions to help them decide on a name for their new brick-built friend. Hundreds of possibilities were submitted. From that, they chose the final five: Leggy, Spot, Bricky, Millie, and Floyd.

Now they needed a giraffe expert to make the final decision – and who better than a real giraffe? All five options were written on individual bananas and placed in a giant LEGO brick to be taken to the nearby San Francisco Zoo to meet Sarah, a reticulated giraffe.

Sarah considered her options carefully before picking up the banana with Millie written on it and starting to chew. This was her final choice and so her LEGO twin is now known as Millie.

The newly-named giraffe now stands proudly in front of the doors to the Great Mall, where the LEGOLAND Discovery Center Bay Area is located. She is 20-foot tall and made up of roughly 20,000 bricks. Millie has stood outside the Discovery Center since just after it first opened.