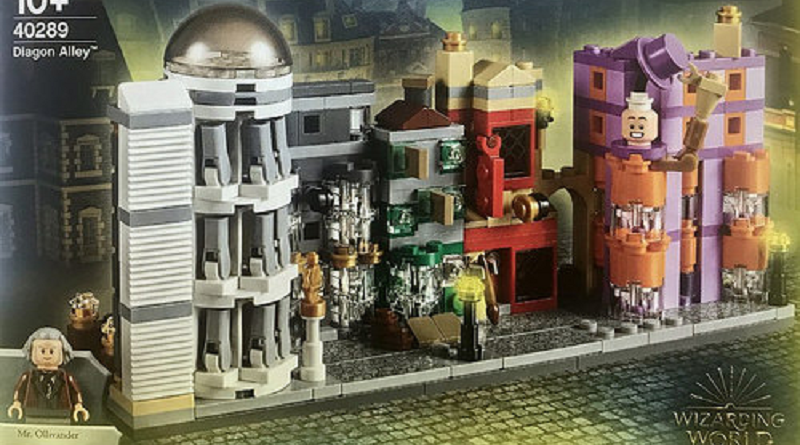 Next week, fans in the UK as well as the US will be able to get LEGO Harry Potter 40289 Diagon Alley free with qualifying orders at the official LEGO online shop.

It was just revealed that LEGO Harry Potter 40289 Diagon Alley will be available as a gift with purchase freebie in the USA this November, and now the promotion is confirmed for the UK too, as reported by PromoBricks and Brickset. Anyone spending £80 or more will get the memorable Wizarding World location for free, with it looking like the spend can be on any sets – not just those from the Harry Potter theme.

The promotion will begin in the UK on November 5 and run until November 21.

40289 Diagon Alley model seems designed to complement 71043 Hogwarts Castle, the only other LEGO Harry Potter set released in this scale. 40289 Diagon Alley assembles into a street facade, including Weasleys’ Wizard Wheezes, Gringotts Bank, Quality Quidditch Supplies, Flourish and Blotts and Ollivander’s wand shop. Ollivander himself is included, which means minifigure fans have another Potterverse set to add to the collection.

LEGO Harry Potter sets, including 71043 Hogwarts Castle, are available now from shop.LEGO.com. Fantastic Beasts: The Crimes of Grindelwald will be released in cinemas on November 16.