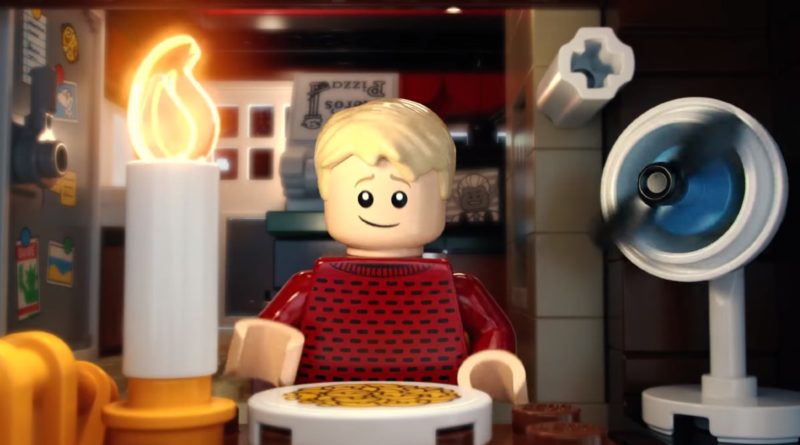 LEGO Ideas 21330 Home Alone has been announced and to celebrate, a music video for the model has been released recreating iconic scenes.

Home Alone has become a classic thanks to the comedic antics of Kevin McAllister after having to spend Christmas all on his own in his family’s home, fending off the invading Wet Bandits in the process.

With the LEGO group revisiting the movie in the upcoming 21330 Home Alone, part of the reveal included a video showing a more musical side of Kevin with a digital version of the set being used to animate many of the memorable scenes with appearances from the minifigures of Harry and Marv.

A song is played alongside the video, noting the time that Kevin is spending alone before being reunited with his mum, who is also included as a minifigure in 21330 Home Alone. At just over a minute and a half long, the LEGO music video won’t take too long to watch.

Those wanting to own a copy of LEGO Ideas 21330 Home Alone can be with a chance of winning it thanks to a contest that requires you to find Kevin online or in-stores. To get yourself ready for the release of the new Ideas model on November 1, you can check our written or video review of 21330 Home Alone.

Alternatively, read up on the size of 21330 Home Alone and how it is the biggest build in LEGO Ideas yet, before browsing through our gallery of images.