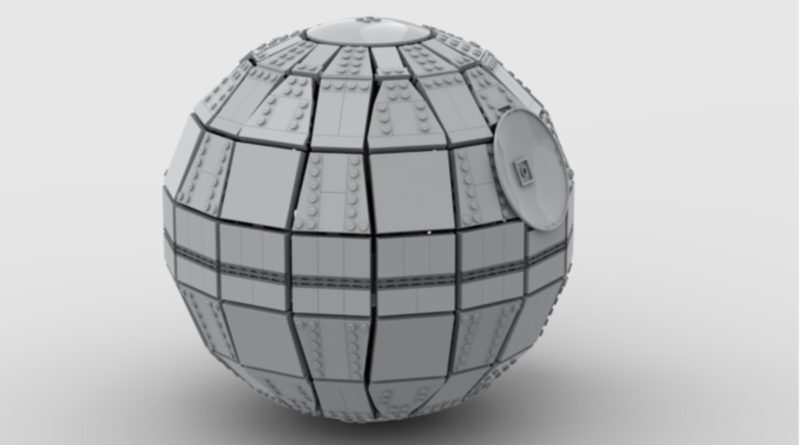 LEGO Ideas 21332 The Globe hasn’t even hit shelves yet, but instructions for a Death Star version have already landed online.

Rebrickable user bowdbricks has done what most of us will have immediately pictured when looking at 21332 The Globe, and replaced all its landmasses and oceans with plain light grey tiles and plates. That’s not enough alone to replicate the Empire’s most formidable weapon, though: it also needs the concave dish for its superlaser, which is probably the most complicated part of this reskin.

Fortunately, bowdbricks has figured out a way to include that, too. Their design doesn’t incorporate the stand used by 21332 The Globe, but it would be pretty easy to add it to that if you so desired. (You could always recolour the stand in black and grey to make it a little more thematic.)

Because it’s essentially just a reskin, however, the same problems present in the official set also plague this version of the Death Star: namely, the gaps between each of the segments that form the outer layer of the sphere, and presumably the dull building experience offered by those panels. It’s likely even worse here than in the globe, without the landmasses to add variety.

Still, if you’re craving a LEGO Death Star model that isn’t a playset or based on the second space station (with its unfinished section), this could be the way to do it. You’re probably best picking up a copy of 21332 The Globe when it launches on February 1 to act as the base, then buying the necessary grey elements separately.

Full disclaimer, though: we have not purchased or tested these instructions, so can’t speak to their quality or whether the dish is incorporated without any stability issues.

Click here to check out our full review of the 40th LEGO Ideas set ahead of its launch next week.