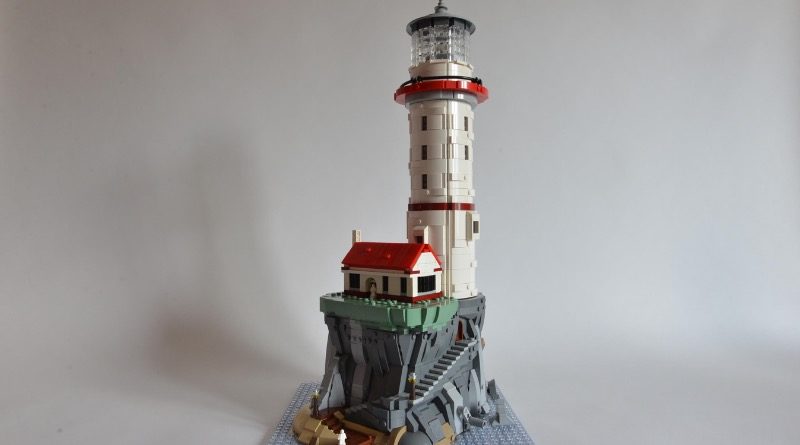 The LEGO Ideas team says it wants to bring ‘something exceptional’ to the table for the newly-announced Motorized Lighthouse.

Sandro Quattrini’s functional build was today confirmed as the only project to get the green light in the third 2020 review, with another 24 proposals ultimately rejected by the LEGO Ideas Review Board. And while we’ve presumably got a long wait on our hands to see what comes of the finished product, LEGO Ideas Design Manager Sam Johnson has already teased what to expect.

“One of the things we’re considering as we go from the review into our design process is, ‘What could we do to add some special layer to the set, to make it super special for those people who are going to buy it and have it in their home?’” Sam told LEGO Fan Media (including Brick Fanatics) during a recent roundtable session.

“And, you know, it would be boring if we just deliver what you can see on the website, so we really want to deliver something exceptional. And we will do that – but I can’t tell you what we’re going to do. Watch this space.”

Essentially: it’s unlikely that Sandro’s design will be translated one-to-one into an official LEGO Ideas set. Just as the team took Steve Guinness’s concept and added all manner of functions to turn it into 21327 Typewriter (along with changing the entire colour scheme), expect to see the final Motorized Lighthouse go above and beyond the fan-designed concept.

Click here to learn more about the latest approved LEGO Ideas set, including how the designers plan to take lessons learned from 21323 Grand Piano to incorporate functioning electronics into the model.