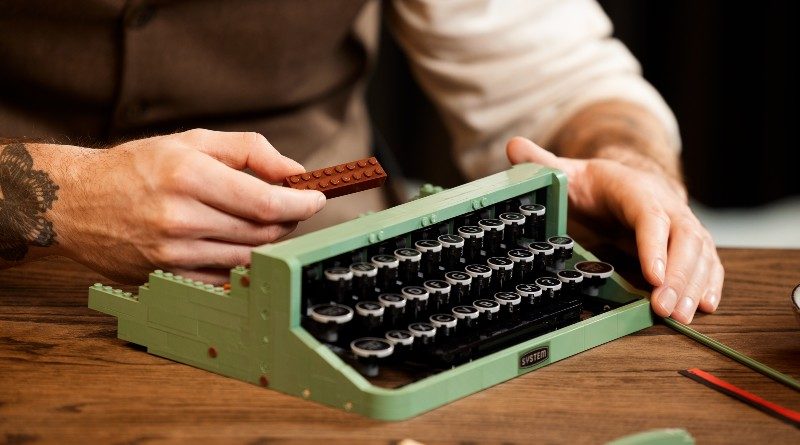 The designers behind the newly-announced LEGO Ideas 21327 Typewriter have revealed why they made a huge change to fan designer Steve Guinness’s original model.

Revealed by the LEGO Group earlier today, 21327 Typewriter takes Steve’s grey replica of the retro writing tool and paints it sand green. And as Brick Fanatics learned at this year’s LEGO Fan Media event, there’s a very specific reason for that colour change.

Speaking during a roundtable session, LEGO designer James May – who brought 21327 Typewriter to life with fellow designer Wes Talbott – explained that sand green wasn’t the first colour the team tried out, but it was the only one that they felt cemented it within a very specific time period.

“There was grey, black [and] dark red, but we thought that this had a nice, classic colour to it, without being a bit more poppy, or too crazy a colour that will make it more like an ‘80s or more modern [typewriter],” James said.

The final decision on 21327 Typewriter’s colour didn’t rest entirely with James and Wes, however. Just as with the majority of LEGO Ideas sets, the fan designer behind the original concept also had a say in how the final product turned out – and in this case, that meant helping to decide on sand green as the model’s main colour.

“We also got input from Steve Guinness,” James confirmed. “We showed him different options, and so he was part of the process for designing the colour as well.”

21327 Typewriter will launch on June 16 for LEGO VIP members with a wider release on July 1. For more details – including its price and piece count – head here, or click here for a full gallery of images.