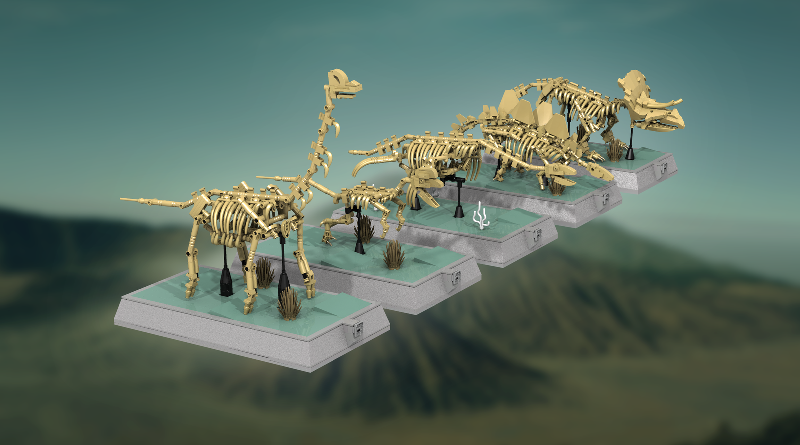 Following the third LEGO Ideas 2018 review, the team behind the fan sourced theme has chosen Dinosaurs Fossils Skeletons – Natural History Collection to be the next set to get an official release.

Five products made it to 10,000 votes in the third LEGO Ideas review period of 2019, which have now been carefully considered by the review team. Dinosaurs Fossils Skeletons – Natural History Collection, submitted by Jonathan Brunn, has been selected for release. It offers a very different take on the dinosaurs concept compared to what the LEGO Group has previously released.

Here is the official statement and video:

Congratulations to Jonathan Brunn a.k.a. Mukkinn for this highly educational and display-worthy set of intricate dinosaur skeleton fossils. Although we can’t bring them back to life, we can certainly look forward to an epic LEGO tribute to these ancient creatures.

Friends Central Perk and Treehouse have both already been announced as on the way, so exactly where this slots into the release schedule is not yet known – but according to the announcement, it will be in 2019.