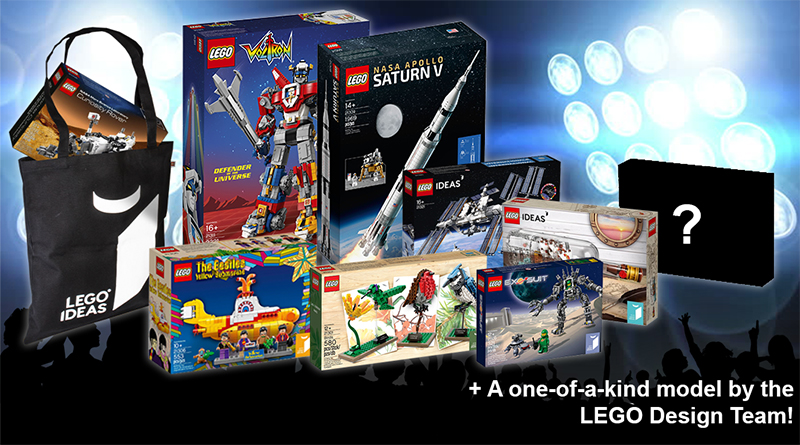 One winner in the latest LEGO Ideas contest will win a selection of retired sets, with one entrant also in with a chance of having their design become an official LEGO set.

The LEGO Ideas team is asking fans to show off their passion for music through the medium of the LEGO brick. The winning entry will win a custom LEGO trophy and six retired LEGO Ideas set. If any of the submissions wow the judges enough, one fan may have their model turned into an official LEGO set.

By 6.00am EST April 20, fans must submit their build with a title and short description. A LEGO judging panel will then select 10 entries to be voted on by LEGO fans. Whichever entry wins the fan vote, which will take place from April 27 until May 11, will get the following prize package:

The winner will be announced by May 25.

If any of the submissions impress the review panel sufficiently, they will be put forward to become an official LEGO set. Should anyone achieve that, they will receive 1% total net sales of the product, 10 complimentary copies of the set and credit in the set’s materials.

All of the detailed submission guidelines are available at the official LEGO Ideas website, where entries must be posted.

Two product ideas were recently confirmed for production, with Winnie the Pooh and Medieval Blacksmith announced for release in the theme. Those looking to win prizes may also be interested in the LEGO Legacy: Heroes Unboxed competition.