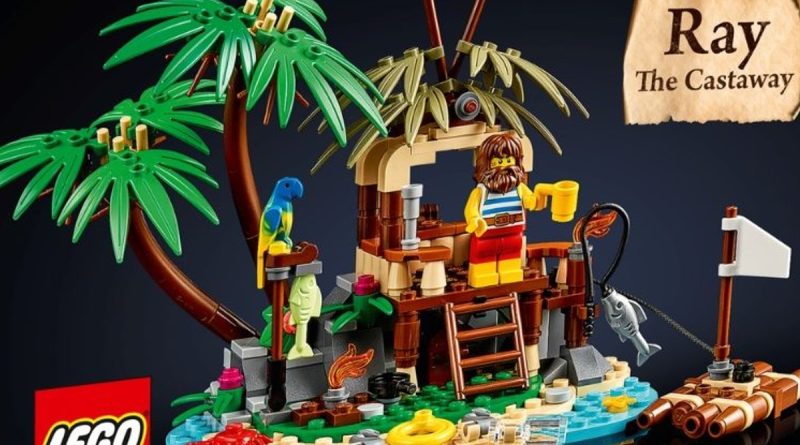 LEGO Ideas sets can change a lot between the original submission and the final design, but that’s not the case for 40566 Ray the Castaway.

Much like the recently released 21335 Motorised Lighthouse, which changed from microscale to minifigure-scale, LEGO Ideas sets’ transformations can lead to a lot of differences between the initial project and what the LEGO design teams can come up with for the official model. However, 40566 Ray the Castaway, based on the submission from DadiTwins, is an example to the contrary.

40566 Ray the Castaway is the next LEGO GWP on offer from October 1 to October 13 with orders of £120 / $120 / €120 or more. Comparing the official images to the LEGO Ideas contest entry, there a lot more similarities than there are differences between the two builds.

Notable differences include a different colour for the life raft and a wider hut (and island) that can now fit Ray inside. Ray has also undergone a makeover now using a single element for the hair and beard as well as a pair of shorts on his legs.

Otherwise, most of the model is a near exact match to the project, even down to the SOS spelt out in the sand, the raft and the two palm trees.

With the differences that can be present in LEGO Ideas sets, it’s interesting to see one with so few changes and considering the many models scheduled to release early next month, it shouldn’t be hard finding something to get 40566 Ray the Castaway from October 1.