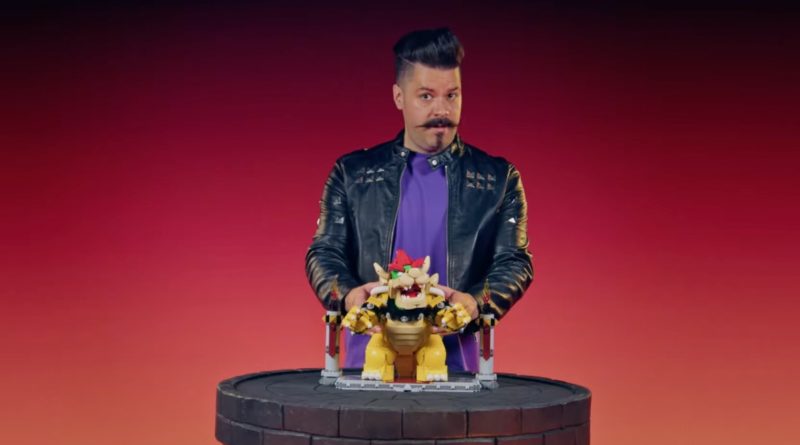 Watch LEGO Super Mario 71411 The Mighty Bowser spit fireballs, jump like a puppet and get beaten up by Mario in the latest LEGO designer video.

The 32cm-tall juggernaut that is the LEGO Group’s newest Nintendo-themed set is more than just a static display model, as 71411 The Mighty Bowser is packed with a surprising amount of articulation, features and functions. Reading about those isn’t really the same as watching them in action, but thankfully the LEGO Super Mario design team has thought about that.

Alongside its reveal of the 2,708-piece set earlier today, the LEGO Group has debuted a new designer video on its YouTube channel, which shows off everything 71411 The Mighty Bowser can do. There are two buttons under his shell to control his head and neck movement, for instance, while a trigger opens and closes his mouth. Open it far enough, and you’ll launch a fireball from Bowser’s throat.

As promised in the set’s original press release, there’s also some articulation built into the Koopa King’s legs and tail – but maybe not in the way you expect. “We took some inspiration from a few different forms of puppetry, and added loose joints to the legs and tail,” explains LEGO Super Mario Senior Designer Carl Merriam. “So when you pick him up, he actually looks like he’s jumping.”

You can see puppet Bowser wave his limbs around by hitting play on the video above, which also features a demonstration of how the Mario, Luigi and Peach digital figures can interact with the big bad boss. Tapping one of them on the set’s Action Tag will allow them to jump all over Bowser’s shell and body, racking up coins and eventually taking him down.

“When the physical model was nearly finished – and it looked amazing – we wanted the digital experience to match that epic level,” says Didier Agani, Senior Interactive Play Designer on LEGO Super Mario. “So, we designed this new way of playing with the colour where you stomp on the model itself to defeat Bowser.”

That explanation makes it sound like Mario will respond specifically to the green and yellow elements on Bowser’s shell and body, but we’ll have to wait to get our hands on the set to find out for sure. 71411 The Mighty Bowser will be available to purchase from October 1. Click here for a full image gallery of the brand new LEGO Super Mario set.