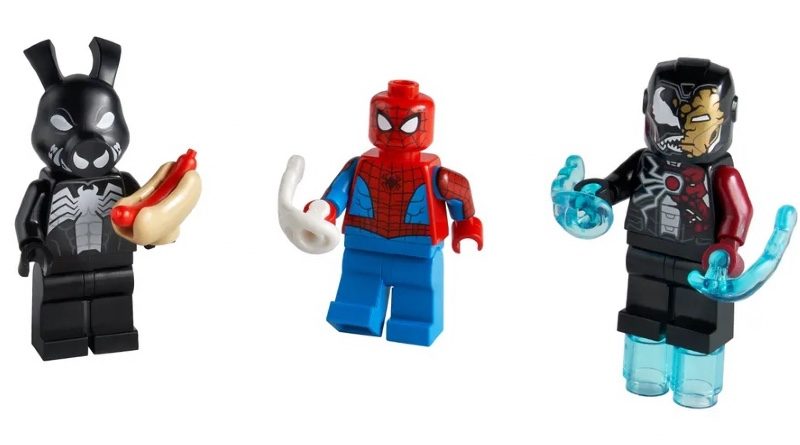 LEGO Marvel’s most ridiculous character yet is now available to buy in 40454 Spider-Man versus Venom and Iron Venom.

We’re not talking about Spider-Man or Venom, of course (unless you find your growing army of either character ridiculous, which, you know, fair), or even Iron Venom, as wacky as that mash-up is. No, we’re actually talking about Pork Grind, or the symbiote version of Spider-Ham from the Aniverse.

If your Spider-knowledge doesn’t run deep enough to know what the Aniverse is, allow us to bring you up to speed: imagine if Marvel did George Orwell’s Animal Farm, only with less rebellion and more crazy superhero antics. It’s essentially a whole bunch of talking animals, one of whom we’ve already seen in LEGO form in last year’s 76151 Venomosaurus Ambush.

Pork Grind is basically a repaint of that same Spider-Ham minifigure, but you can’t really begrudge the LEGO Group finding another reason to use what was probably quite an expensive mould for a single set. You can begrudge the number of classic Spidey-villains we still haven’t had as minifigures (how do we not have a LEGO Lizard?), but that’s a discussion for another time.