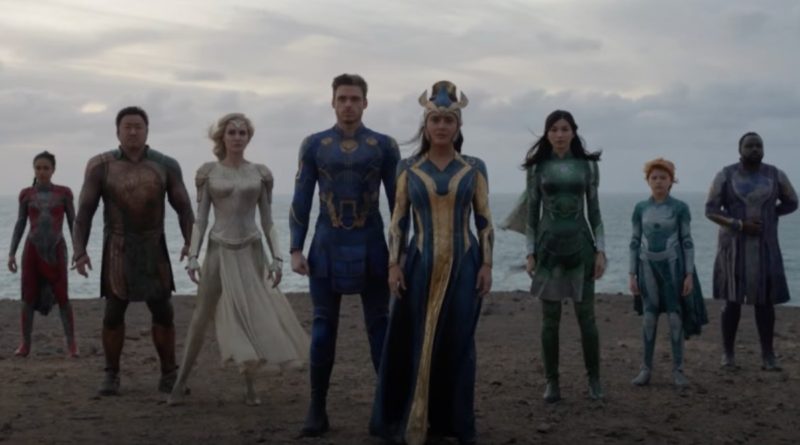 The official reveal of LEGO Marvel Eternals sets is here, but one main character is missing from the minifigures.

Eternals introduces a range of new characters to the MCU, the majority of which are spread out over the four upcoming sets. Predictably, you’ll therefore need to buy them all to add every minifigure to your collection.

Finally, 76156 Rise of the Domo includes the most amount of minifigures, including Druig, as played by Barry Keoghan, and Phastos, as played by Bryan Tyree Henry. This is also another set where you can get your hands on Makkari, Sersi, Ikaris, and Thena.

However, among this star-studded cast, there’s one character notably missing from the line-up of minifigures. Kit Harrington’s Dane Whitman is not part of any of the upcoming models.

Dane Whitman, or the Black Knight doesn’t have any superhuman powers, unlike the Eternals themselves. Instead, he wields the legendary Ebony Blade and is known to be the best swordsman in the Marvel Universe. It’s a role best given to Kit Harrington then, most famous for playing another great swordsman, Jon Snow, in Game of Thrones.

Although Whitman features prominently in the trailers of Eternals, perhaps we will need to wait for future sets to see him in LEGO form. As for these builds, it’s not yet confirmed when they’ll hit shop shelves. The film itself is due to be released in November, however, so they could available to buy as early as October.