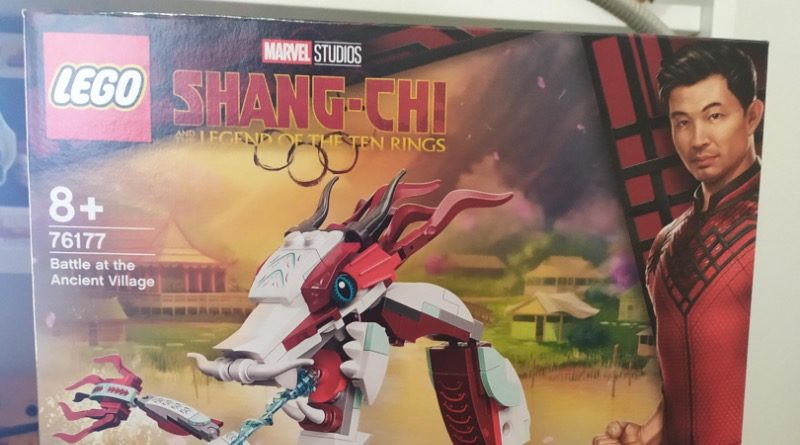 A brand new LEGO Marvel Shang-Chi and the Legend of the Ten Rings set has reportedly turned up at a store in Israel.

Reddit user lord_polo121 posted an image of the previously-unrevealed 76177 Battle at the Ancient Village online, claiming they’d purchased it at an Israeli retailer called The Brick.

We’re yet to see even a trailer for the new Marvel Cinematic Universe film, which is helmed by Short Term 12 director Destin Daniel Cretton and on course to debut on September 3, 2021. That makes 76177 Battle at the Ancient Village technically our first look at the movie’s characters, costumes and art design.

Based on this LEGO set alone, we’re essentially looking at Marvel meets NINJAGO, with our heroes facing off against a huge water-based dragon (or maybe being aided by it?). We don’t have much else to go on at the moment, with no piece count, price or release date to speak of, but we’ll let you know more as we get it.

For now, you can check out the current crop of LEGO Marvel sets over on the official online store. The next two months are also rumoured to be bringing us a huge, $299 rendition of the Daily Bugle from Spider-Man, complete with the first ever minifigures of Daredevil and the Punisher.