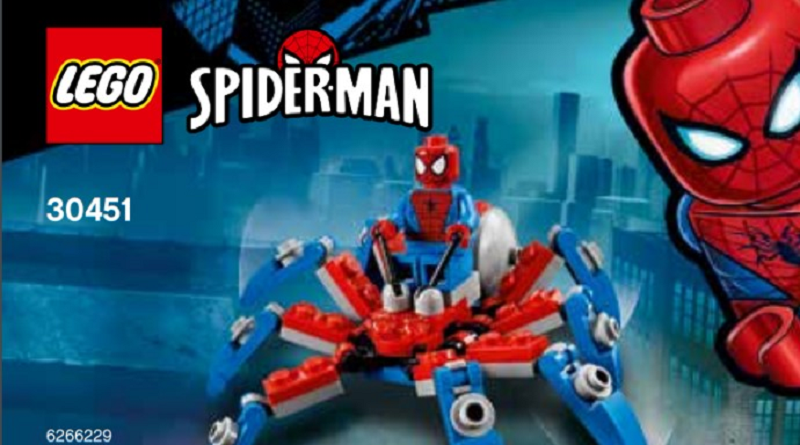 In the batch of new polybags discovered by Brickset, one is included in the LEGO Marvel Super Heroes theme. 30451 Spider-Man’s Mini Spider Crawler features a Spidey minifigure on a minature version of 76114 Spider-Man’s Spider Crawler (reviewed here). For a small polybag set, it looks to include a fair few pieces as well as the minifigure.

The new polybag – that may turn up in stores, or may be used as part of a promotion – continues the focus on the web-slinger following the release of Spider-Man: Into the Spiderverse. Things are expected to switch to focusing on Avengers: Endgame in the Marvel theme within a few months. 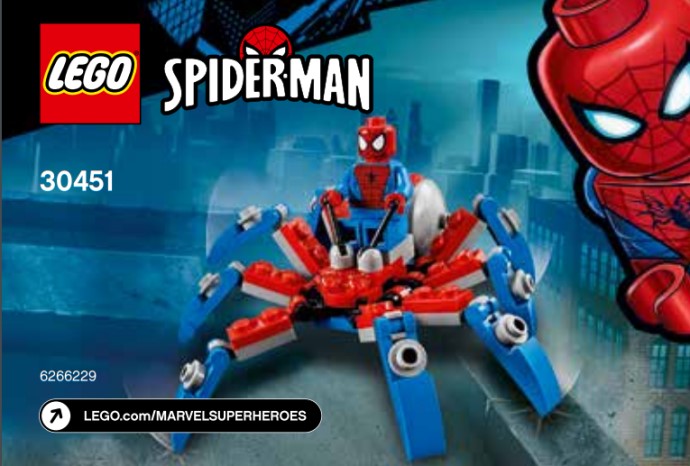 The following five new  Spider-Man sets were released at the beginning of December:

Other new polybags discovered include Creator, City, Minecraft and NINJAGO Legacy. shop.LEGO.com is currently running a polybag promotion to get either LEGO City 30361 Fire ATV and LEGO Friends 30409 Emma’s Bumper Car for free with orders totaling £35 or more.

Spider-Man: Into the Spider-Verse is in cinemas now.